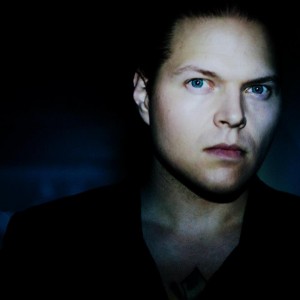 When not working with his band Iconcrash or producing amazing new acts, Jaani Peuhu is in the studio plugging away on his solo material.  It’s been a few months since we’ve heard from Jaani and this week he surprised us with a new EP. Echo Chamber is not the debut solo release we’ve been waiting for…and I am OK with this. The EP contains five tracks originally recorded by PJ Harvey, Fleetwood Mac, Katatonia, Mansun and Tom McRae and it‘s a beautiful darkwave homage to these artists who have been such a powerful influence in Jaani’s work.  It’s great stuff and I have a new favorite with each listen. Two tracks do stand out for me. The Katatonia cover is simply amazing and has been in heavy rotation since its summer release (over 11,000 views on YouTube, folks) and I may or may not have fangirled over hearing Mansun’s “Wide Open Space” in the mix.   Jaani Peuhu continues to show his expertise in digital sound creation with Echo Chamber so I recommend that you need to give this a listen and share it with the masses. Get Echo Chamber on iTunes!