The long weekend ahead gives you ample time to check out the latest music.  Like a frenzied, skipping Easter bunny with a basket full of goods, we’re excited to bring you a range of delights to get your teeth into… 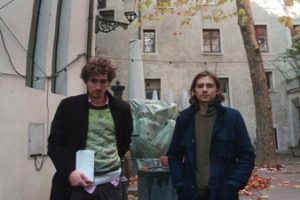 Infectious, trippy indie disco from this UK duo, “Paramount Tether” has a grand, bombastic sound, throwing tribal percussion and brass bursts into their including-the-kitchen-sink bag of tricks.  Elements of Alt-J and Wild Beasts curiously grapple with the melody from Katy B’s “On a Mission”, but it certainly works.

Febueder (pronounced Fe-byou-der) are lead vocalist/multi-instrumentalist Kieran Godfrey and percussionist Samuel Keysell and they say the song is ‘about a tenuous connection with a person that is being tethered from their potential.’  The video is deliberately low quality and dizzying, to echo the erratic feel of the music.

Their All a Hoax EP is out April 6. 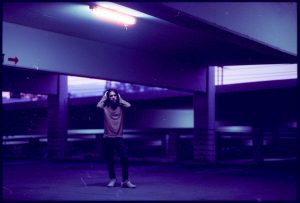 LA-based producer, Koda (Jordan Sudak) returns with a new single for us and it’s out today!  His mix of dreampop and post-rock cuts somewhere between Tame Impala and Thom Yorke but with the unpredictability of Mew.  Previous single, the goose-pimple inducing “White Dove” received widespread acclaim and this follow-up looks set to do the same.  His cinematic vocal arrangements and ethereal dreamscapes are vying for attention over a simplistic beat (think Massive Attack’s “Angel”).  The releases so far have shown his chameleon-like adaptability and forthcoming album I Hope This Makes Us Better looks set to be something very special. 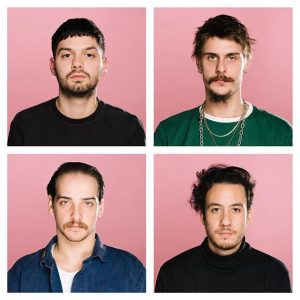 This double A-side comes out on Good Friday on limited edition pink vinyl.  The London 4-piece mix a range of influences which lead to a beguiling, brooding sound heavy on sex and intrigue.  This release showcases an unusually groovy, atmospheric take on krautrock with both songs full of character.

“Fruit” is buzz-synth heavy with repetitive motorik beats over a hypnotic bass.

“Crack Crack” hints at a darker sound bordering the realms of Trent Reznor.  The song threatens to burst into flames but it sparks rather than engulfs, teasing the listener with its foreboding air.  Check out the equally alluring but unnerving video.

With more material in the pipeline, we’ll be looking out to see what these guys do next.
Big & The Fat on Facebook