I hear so many people saying rock is dead. To that I say balls! Rock music did not die, it just took a nap. Finally my statement has evidence to back it up and I scream loudly and proudly that Dot Hacker has arrived!! 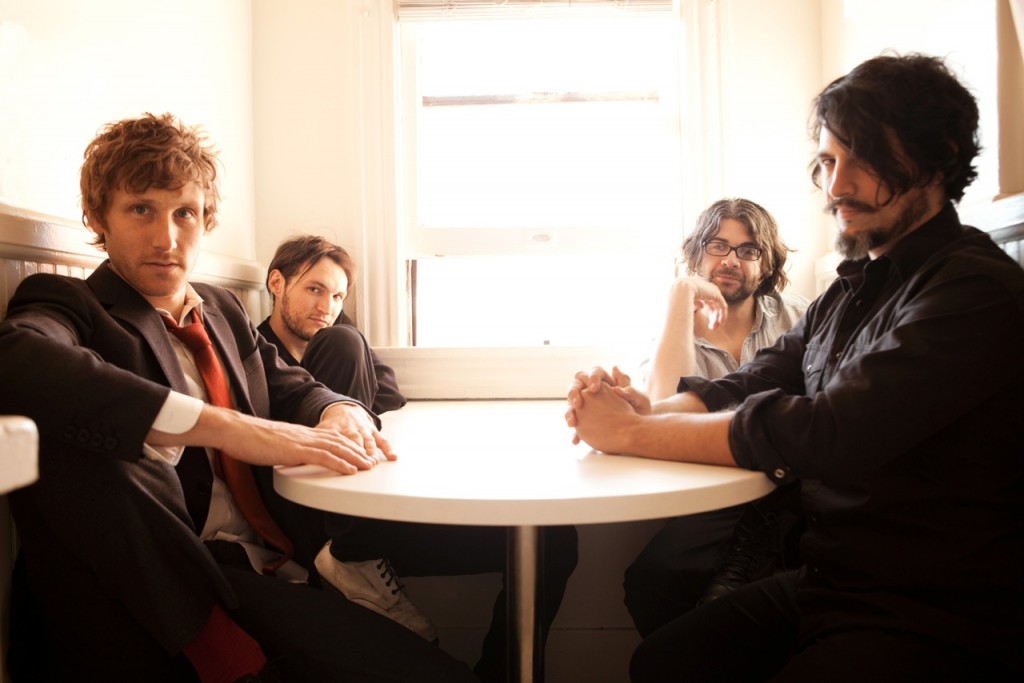 On July 1 How’s Your Process (work) will be released. If I don’t hear this blasting from car windows everywhere this summer, then all is lost for humanity. Seriously it’s that good. This record serves up so much tasty rock goodness track after track, that it’s hard to pick stand outs, but if I must there are a few that I can’t wait to blast myself.

“Whatever you Want” is an awesome starter. Tough and guitar driven, this was a special limited edition 7” single released by ORG Music for Record Store Day. I have had this on repeat ever since.  I said then and I say it now: it is yummy tasty good. “Floating Up Stairs” is trippy, dreamy and wonderful. It’s the perfect 2 AM song for just kicking back and riding the sounds. “Aim” opens the album and has this Radiohead hooks up with a belly dance vibe. It’s kind of quirky, kind of sexy and kind of fabulous.

Dot Hacker are Josh Klinghoffer, Clint Walsh, Eric Gardner formerly of Gnarls Barkley, and Jonathan Hischke, who toured with Broken Bells. They’re a real deal four piece rock band from LA that should be on everyone’s playlist. This is an album you’ll listen to from start to finish over and over. How’s Your Process (work) is the first of two parts with How’s Your Process (play) set for a release in October. See?  It’s the gift that keeps on giving. Rock music is about to wake up from its nap and the alarm goes off on July 1.