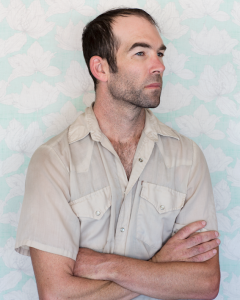 LA folk/punk artist Deepakalypse has emerged with his new track “Drummers” – the first piece of music released from his forthcoming Everloving Records (The Growlers, Metric, Ben Harper) debut album Floating on a Sphere. At first listen, the track seems rough around the edges, but after digging deeper – what is evident is delicately crafted songwriting with an extremely authentic message and seasoned musicianship.

The Ventura County native spent his early 20s on the road traveling from California to New Orleans, which gained him much of the inspiration he needed for the album (albeit several years in the making). “My writing process is lengthy. Every song has taken me years to write,” he explains in a recent interview with Grimy Goods. “Usually I have a guitar riff that I like a lot and then the words start to come little by little. Cool things fall out of your mouth, you try to write them down slowly, and the pieces fall into place. The recording process was over the span of about twelve years. I had released an album in 2003 and another in 2012. The songs from those two albums, were mostly recorded in my room and in random places that I lived, including the first song “Drifting” which I started in New Orleans on my four track in 2001.”

Deepakalypse will release Floating on a Sphere by way of Everloving Records on July 8.  In the meantime, be sure to follow Deepakalypse on Facebook for more updates.