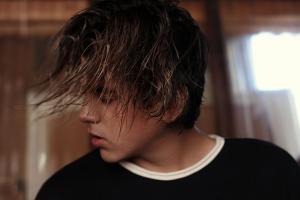 “I wrote Spinning Bottles while I was dealing with difficult relationships in life that sent me into a deep depression,” says 22-year-old pop singer songwriter DAYVID about his recent single release.   “Spinning Bottles is a metaphor for being in a constant cycle of mental mayhem and feeling trapped and not knowing what to do.”

We’ve all been there and DAYVID’s song portrays the uselessness felt during times of mental anguish perfectly.  “Why do I keep sitting here spinning bottles holding back my tears” he sings and we feel it!  With that great pop magic that makes the single highly contagious, Spinning Bottles sends a message along with its beats and DAYVID’s smooth voice. It gives each of us a voice to relate to in those moments that we need it and a song that we can entirely enjoy in the times we don’t.

In mid-March, DAYVID plans to release a line of merchandise to go along with the single that support mental health initiatives.  Portions of proceeds from the merchandise sales will go to mental health services providing help for those in need and erasing the stigma surrounding mental health issues.