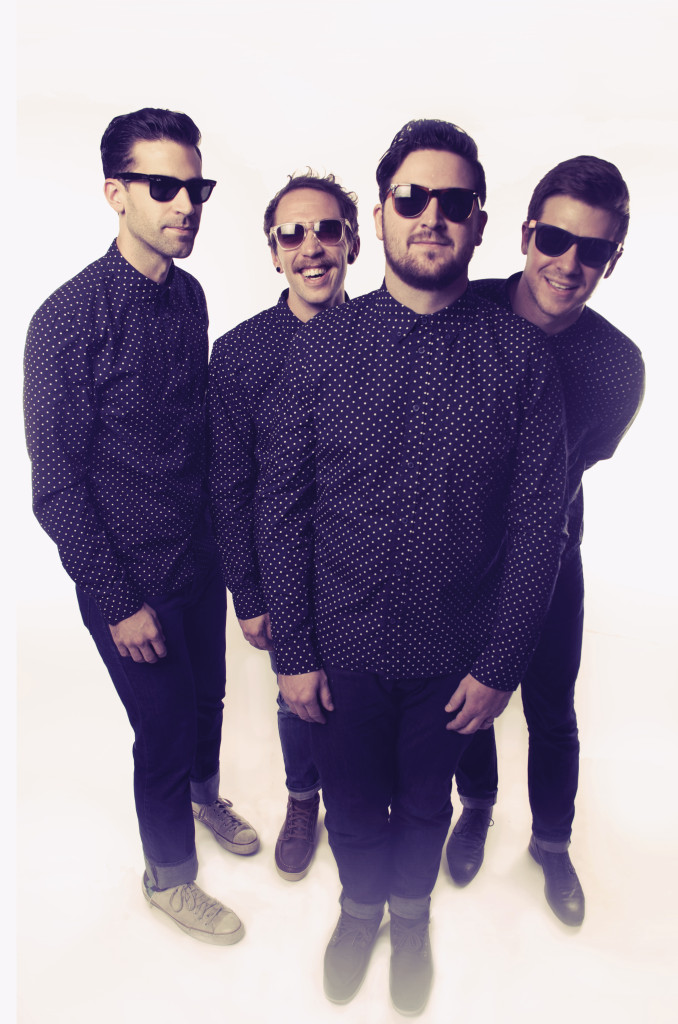 When the Nashville based band, Daniel Ellsworth and The Great Lakes burst onto the indie rock scene with their debut album Civilized Man, they quickly built a large loyal following and ended the year as one of Amazon’s top 100 albums of 2011. The band is back with their just released second album, Kid Tiger, and ably demonstrates why they are one of Esquire Magazine’s 15 Bands to Watch in 2014. Daniel Ellsworth, Timon Lance, Joel Wren and Marshall Skinner are an exciting, dynamic and talented group known for combining synth-pop with rock-n-roll that they steep in their own unique brew of pure kinetic energy. Tracked live in the studio by Grammy award-winning engineer Vance Powell (Jack White, Kings of Leon), Kid Tiger successfully captures the essence of what Daniel Ellsworth and The Great Lakes is at its heart: a high-energy indie rock band “dead set on producing the best live sound they know how.”

Usually before writing a review I listen to an album several times, expecting that one element or facet will begin to stand out and provide the focus of the review as well as the framework for conveying a recommendation that you should (or should not) give an album a listen. But Kid Tiger proved to be anything but a typical album; every time I listened to it, there was another facet that spoke to me. When it was time to write this review I struggled with what aspect to focus on to best relay the absolute awesomeness that is this LP: the impressive vocals of front man Daniel Ellsworth with his powerful tenor, clear falsetto and impressive vocal control; the band’s instrumental talent, so evident in the complex arrangement and musicality of every track; the immutable, driving beat at the heart of this album, captured live on 16-track tape without click, metronome or quantizing to assist; or the songwriting chops responsible for melding strong melodies with passionate lyrics, pounding piano, electrifying guitar riffs, intricate bass lines, and THOSE drums to produce pop-rock dance tunes with glorious hooks.

In the end there was only one choice to be made: none of the above. Because what makes Kid Tiger so great is that no element overpowers the others. Instead they all are masterfully woven together to achieve a balance that creates cohesiveness across the album. In other words, as sublime as Ellsworth’s vocal control is, it is only enhanced by the band’s ability to incorporate his voice as yet another instrument to be played off and dueled with as each song builds the layers of sound like only a live show, or a live recording, can. “Waves” is the first track on the album and a perfect example of this balance. While it starts off simply with the piano and drums, the song slowly builds to a fullness of vocals, bass and guitar that becomes an explosion of sound over which the band sings, “Tell me what it looks like. See it with your own eyes. It’s all gonna bend. It’s all gonna break.” Believe me, this is one track that makes it very hard to not press repeat, repeatedly.

“Fits & Starts” is another great example of how perfectly all the elements of this band fit together. Following an instrumental introduction, Ellsworth begins to sing accompanied only by the piano: “Tell me what you want honey, tell me what you want me to say.” From there, the song builds into lush layers of sound, with tempo changes, an instrumental break down and finally culminating in electronic “noise” layered over keyboards. It is one of the strongest tracks on Kid Tiger as well as one of my favorites. Other stand out tracks include “Ready Set,” “Static” and the first single off the album, “Sun Goes Out.” Oh, and have I mentioned how I dream of one day hearing “Little Light” performed live? If the chair dancing and head banging that happen at my desk when this song plays are any indication, this is a kick-ass song just begging to be set loose in a live venue.

Kid Tiger is an album full of gorgeous melodies, awesome harmonies, driving beats and lyrical hooks that will grab you and not let go. It undoubtedly will be found on many “Best Albums of 2014” lists and is definitely an album that belongs in the music library any one who is a fan of good, fun, dance music.

Kid Tiger is available via iTunes and Amazon