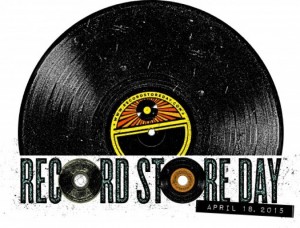 Getting closer to the end of the week which means it is not long now until the day itself!  Yes, Record Store Day 2015 is soon upon us and once again we have been scouring the lists for you.   Here’s another selection of UK picks in a My Four special edition from Mark Sharpley.

“It’s that time again. You know, where you get the feeling of a kid at Christmas when you enter your local record shop on Record Store Day. The smell of the vinyl and the anticipation of getting that freshly pressed piece of music that will fit neatly in the record collection. I do love my vinyl, and it’s my pleasure to share with you, as the rest of the Fourculture team have been doing all week, what I think should be purchased on Record Store Day. ot a bad way to start this piece, Johnny Marr releases his take on Depeche Mode’s, “I Feel You”. Fans of the Mode will already be familiar with the original from their Songs Of Faith And Devotion album from 1993, and already Marr has made this a firm live favourite. And does the brilliance stop there? No it doesn’t sir. The B-side is a live treat in the form of “Please, Please, Please Let Me Get What I Want” from his heyday with The Smiths. And again, Marr has made this a firm live favourite too. The ’93 original of “I Feel You” was regarded as a very sexy song, and nobody will be disappointed with this version. This was quite significant for Black Rebel Motorcycle Club when they released Baby 81 in 2007. Not only was “Weapon Of Choice” the first single released from the album, it was their last studio work with drummer Nick Jago.  It was quite a step back in the rock direction after 2005’s acoustically based Howl, and now it’s here again for Record Store Day. The B-side is also from the Baby 81 album in the form of “Need Some Air”. A very heavy duty rock track, with the growling guitar, booming bass and Jago doing quite possibly his best drumming work in his time with the band. It has always been felt that BRMC have been greatly underrated, so if you fancy blowing the cobwebs off your stereo then buy this. A great pair of rock songs from a great rock band.

Jah Wobble is a name that should instantly jump out at you. For he is a bass playing legend, best known for his work with Public Image Ltd. And he is here with not one, not two, not three but four brand new tracks for Record Store Day. The aforementioned “Merry Go Round” and “Let’s Go Psycho” are absolutely brand spanking new, along with a dance remix of “Merry Go Round”. But there is also a trace back to his PiL heyday with a version of “Public Image.” And for those who are more than curious into what happened after punk, it is definitely an essential purchase for the vinyl addict.

Metallica – No Life ‘Til Leather 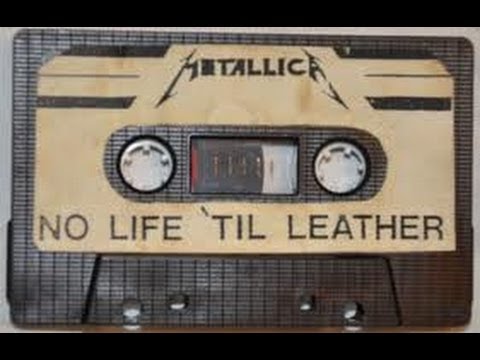 And the last choice is the E.P. that brought heavy metal to another level with Metallica’s No Life ‘Til Leather. And it’s a different kind of release for Record Store Day, as it’s coming out on the original format of cassette. This was released in 1982 when Dave Mustaine was on lead guitar and Ron McGovney was on bass along with James Hetfield and Lars Ulrich, and features 7 songs that would become part of the 1983 classic debut album, Kill ‘Em All. Cliff Burton and Kirk Hammett were installed as band members when McGovney and Mustaine departed, the latter forming Megadeth as a result of the split from Metallica. This is a very very rare opportunity to get hold of this on its original format, so don’t delay! Get that old tape recorder in the loft dusted off and ready for action.

That is four of the picks out of hundreds and hundreds of releases on Record Store Day, so get down to your local shop and be part of the vinyl revival. Happy shopping!