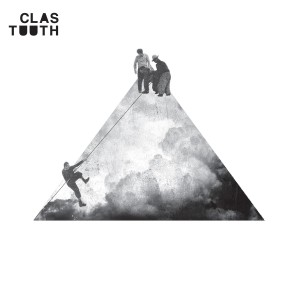 A master technician when it comes to producing, Clas Tuuth has given us a glimpse into the heart of what he does with new single “Air”. Percussive snaps, clicks and claps drive this tune under ghostly synths and the chopped vocals of Catriona Irving. Everything here combines to create a track that is rich in layers and textures.

Emerging from the fertile cauldron of London-based producers, Clas Tuuth’s reputation is gaining momentum. First coming to light with his remix of indie-folk artist Rozi Plain’s “See My Boat” which enjoyed radio play across 6 Music and Xfm, quickly spotlighting Clas as a key radio tastemaker and providing NeedNoWater Records with one of their most on-demand downloads to-date. New single “Air” continues this impetus, already having featured on Steve Lamacq’s and Nemone’s BBC 6 Music shows, it looks to be on its way to being a playlist regular.

Reminiscent of artists like Four Tet, Burial, Mount Kimbie and Gold Panda, Clas Tuuth showcases his ability to absorb and re-purpose a variety of influences – from techno to garage, hip-hop to lo-fi – “Air”moves towards the post-club chillout room with his brand of introverted, minimal and fractured garage. Using natural sounds recorded on the fly, Clas Tuuth weaves and edits these samples together to build a track.  The mix of the organic and electronic creates sleek techno textures evoking feelings of blissful otherworldliness.

Following on from last last year’s trilogy of EPs, named simply 001, 002 & 003, “Air” is the first single from his debut album slated for release later this year.

“Air” is out on NeedNoWater Records on September 11th.

Clas Tuuth on the web

Written By
Mike Stanton
More from Mike Stanton
If, like me, you were into Curve back in the day then...
Read More