Take Me To The Void is the latest release from the Philadelphia-based, electro-pop alt-rock group City Rain. The EP drops today – June 17th. Produced by Paula Hanson (INXS, Elton John), the six-track EP explores the painful ending of a relationship with a beautifully restrained and polished, synth-drenched sound. Written and recorded by Ben Runyan, founder, vocalist, and programmer, Scott Cumpstone, guitarist and vocalist, and Ross Robey on drums, Take Me To The Void reveals a demonstrative evolution in the raw electronic sound for which City Rain is known. It also heralds the decision by the group to part ways, with City Rain once again becoming Runyan’s solo project. Runyan took some time to talk to Fourculture about the inspiration for the album and the band’s decision to part ways. 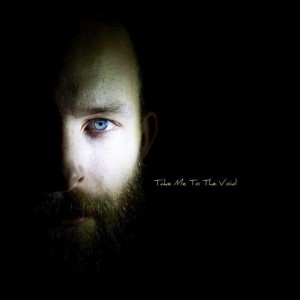 City Rain has a new EP dropping today (June 17th) and you are playing a release show with MINKA tonight. There’s been a lot gong on for you.
Yeah, there really has. As you know, I started City Rain as a solo effort in 2007 and have worked with different people over the years since then. I began working with Jarrett Zerrer in 2010 and we released a couple records together. Then I started working with Scott Cumpstone in 2013 and we released the album, Songs For A High School Dance. And then last year Scott and I started working with drummer Ross Robey on this EP. But now that the EP is finished we have decided we want to pursue different projects and so City Rain is going to be my solo project again. Scott has decided to work on his own music — focusing more on scoring and composing. And Ross, who works in music management, wants to focus more on the business side of music. So in addition to the ad work and composing for film that I do, I am going to continue City Rain as a solo endeavor. It’s been really difficult over the last year for the three of us to work our day jobs, accomplish everything we want to with our music, and maintain relationships with each other and with others. And we have decided that we each need to use our time to focus on the things that we each want to give our love and attention to. But that being said, we put a year of super hard work into this record and are very proud of it.

Tell me about the motivation and inspiration for Take Me To The Void.
Well, sonically we wanted to challenge ourselves with this record. We wanted to take a risk musically and try to make a record that was a little bit outside the comfort zone of City Rain. I’ve always been a really electronic music guy, with influences from the ’80s like Tears For Fears and New Order, whereas Scott and Ross are very traditional rock musicians. And Scott wanted to work with a producer and move in the direction of a full band record, which is not something I’d ever attempted to do or even thought about doing before. In the past I’ve always produced everything myself, so co-producing this record with Paula Hanson was definitely challenging for me.

Thematically and emotionally the EP is a break up record – about the end of my relationship with someone that I was with for two-and-a-half years. I wrote all of the songs in the three weeks after the break up and then we spent the rest of the year learning to play them as a band and recording and editing them with a producer. To me the title, Take Me To The Void, references the space you occupy after a break up. Generally speaking, the word void has a kind of dark, negative connotation and that is part of it. But the other part is about finding yourself and who you are outside the context of that relationship and where you are going in life. It was a very difficult period for me because I really thought life was going one way and it just didn’t end up going there. So I was trying to put my boots back on, put a smile on my face, and face the world again, and it was a scary thing to go through. But a lot of art and emotion came out of it. So to my mind that’s really what it references – the void – a place where you get to find, and define, something new in your world. I tend to think how you bounce back from your biggest challenges defines who you are as a person.

Do you have a favorite track on the EP?
My favorite track is “Same Old Fear.” It’s my favorite because it took two years to finish and it was one of those songs that took so many different forms before it eventually ended up as this really powerful ’80s synth-pop jam. It took a long time to get right and our producer, Paula, really helped me with the songwriting. Thematically it is a very confident song — about finding confidence in loss — and it was really cathartic to make. And vocally I had to push myself the hardest I have ever had to push myself on a record and I think you can really hear the sonic, raw, “I’ll show you” tone of it.

What was the hardest track to write/record on this EP?
The hardest track to make for me was definitely the fourth track, “God.” It’s a rock song and I have never really written a rock song before. It was frustrating. We would get to a place where I thought we were close to having it finished and then it would get away from us again. It also saw a lot of different forms before it was done. I started writing it about two months before the break up when I kind of knew where things were heading. The young lady I was with was suffering severe depression and I was trying to be strong enough to pull both of us through it, but you can’t change or fix another person. And during this same time I was going through a really big spiritual conundrum in my life. I grew up Episcopalian – a Christian – and went through some rough times in my life and I’d say I came out the other side agnostic, if not atheist, and angry. And over the last year or so I have kind of begun my spiritual search again, trying on different churches and things for size and seeing where I fit in that landscape. And the track “God” was truly one of those songs that is, you know, “Are you there?” (laughs).

So what can fans expect now that the EP is out?
I’m already working on new music and I plan to move away from the traditional release strategy of waiting to finish an EP or album to release new music and start using a more single driven release strategy. I also am excited to get more involved on the City Rain social media accounts and talk directly to fans, do Facebook live stuff and show people how I make music, and just have really cool conversations with people. And performances. I plan to do live shows, and do them solo for a while, if not indefinitely. I really know what I want, what my skill set is, and what I need help with. And there will definitely be creative collaborators of some kind, if only people to give me feedback. I’m really excited and feel like this decision has reignited my passion for song writing and making music. It’s liberating to just go in my room and write a song.

What music are you listening to these days?
It’s funny, but I really listen to a lot of instrumental music. And I hate to say it, because I really thought I would be the last person to enjoy this stuff, but I really do like me of the recent pop-EDM – like Zedd, Calvin Harris, and Rihanna. And I really like Kendrick Lamar’s record, To Pimp A Butterfly. I think Kendrick Lamar has a lot to say. He’s conscious and an intelligent person and his music really pushes the envelope between hip-hop and jazz. I still listen to a ton of ’80s music like The Cure and Talking Heads, which are like my big influences. Oh, and I’ve been kind of diving back into Bruce Springsteen’s catalog.

What is the last album or single that you bought/downloaded?

The new Radiohead album, A Moon Shaped Pool. I’m a huge fan — I think it is amazing and upsettingly beautiful. And it is really depressing and dark and you need to be in the right headspace to listen to it. In fact, one of my favorite albums of all time is In Rainbows. I just think he has a phenomenal songwriting sensibility.

What are four things you couldn’t or just wouldn’t want to live without?