Sometimes a destination is defined by the journey it takes to get there.  For Ben Runyan of City Rain, this was the case.  With a new line-up and a new outlook, City Rain brings The Optimist, an album of love, loss, lessons, and ultimately, acceptance.  Ben told us a bit about the path that led him to create The Optimist and we can’t wait to follow this continuing journey as The Optimist is released. 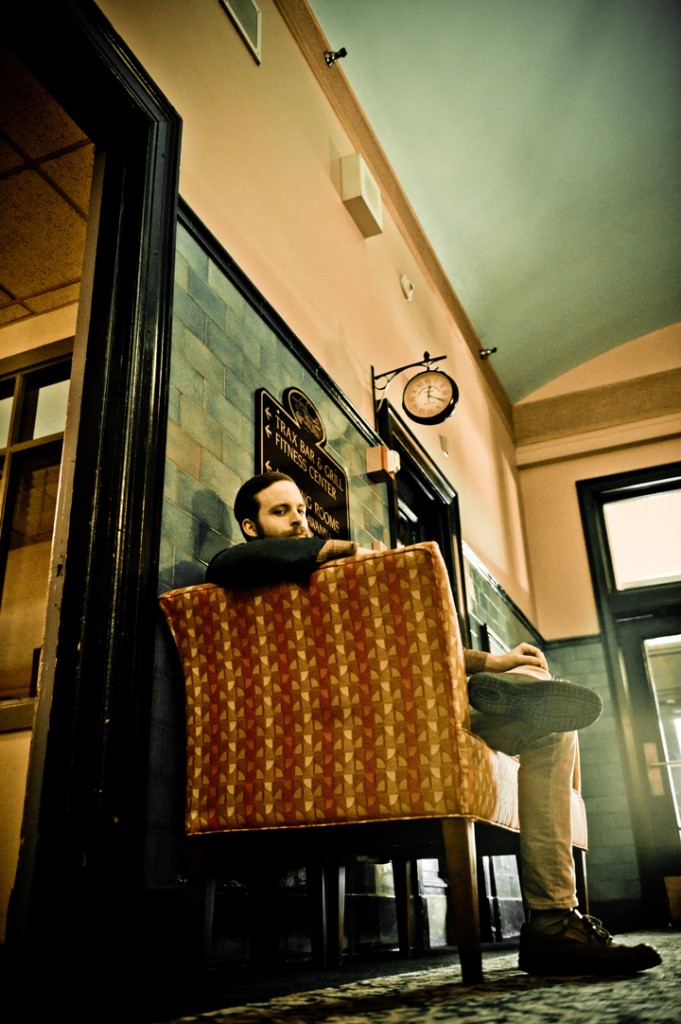 The Optimist is much more than just the new album title.  Tell us a bit about your journey to becoming The Optimist and what the creation of this album has meant to you.

When I was 23 I took myself off a medication called “Lexapro.” I had been on and off this and many other antidepressant medications since the tender age of 12. Generally speaking I never had an idea of what baseline Ben felt like. I was tired of being drugged, zombified and labeled as something that needed to be fixed or medicated. Increasingly the side effects had gotten worse and worse. I had lost a certain spark to me. Upon cessation, I went through an initial brief hell of brain zaps (electrical shock feelings in your head), anhedonia, brain fog, confusion. This subsided but what replaced it was the most horrifying thing in my life. Some of my extremities became numb. Numb as in I couldn’t feel them. Doctors didn’t believe me and I only found a group of people online on a website called paxilprogress.org that recognized these extended withdrawal symptoms. The following fall and winter was the darkest of my life. I felt as though my body was out of sync with my brain. It didn’t feel like me. In January of 2011, I checked myself into a hospital fearing that I was giving up hope on myself. I felt permanently damaged, handicapped. This brief hospitalization proved very fruitful. I had held off long enough not to take my own life. I had saved my own life.

To my surprise, physical changes began to happen. Physical recovery. Things began to swing back in windows and waves and I would feel brief moments of the “old Ben.” These windows and waves continued for close to 2 years more, making that a 3 year recovery. Today I feel mostly like me again — a functioning adult with a creative career budding. I never gave up, not because I didn’t think maybe I was stuck that way forever, but something in the back of my head said, “hold on for a little bit longer.” Along the way I had friends I confided in. They, as much as me, saved my life. The good is all around us. I have seen hell, and I climbed my way out of it. People helped me to do that. It’s hard not to return with a sunny outlook after that.

How have the changes you’ve seen in City Rain affected the way you wrote and created the new album?

The changes, in reference to Jarrett’s departure, have been minimal. Jarrett and I left on pretty good terms. We speak now and he has a great project called Dokument. The writing process is much the same. Scott has been amazing. He was 100% essential in making The Optimist as stellar as we think it is. The guitar riff he layed down immediately struck me. I begin drafts of songs, and Scott adds layers and melodies that I wouldn’t think of!

What about your changes personally?  Can you say that this album is a documentation of some of that journey? Would this album have happened if you hadn’t had those life experiences?

Yes. It is a 100% autobiographical documentation. This album would have never happened if it wasn’t for that. More than that, I’d like to speak a bit about our musical journey in terms of sound. From the I’m Gone EP, to the Watch Out EP, to the Montage EP you can hear very different musical departures. With Jarrett and the I’m Gone EP his influence brought about a very rock “full band” sound. With Watch Out, we moved a little more towards the dance floor scene as we found ourselves playing hipster dance parties at local clubs in Philly. I found that the music we were making during this time, while at their hearts were good songs, were represented in a way that I molded to appeal to what I perceived was cool. In the summer of 2012 I really did a reality check, a gut check on myself and realized I wasn’t making the music I liked, despite the Watch Out EP being popular. Montage followed. That was the heart of what I enjoyed doing and still enjoy doing with City Rain. That had both me AND Jarrett all over that record. That was 100% a joint effort and I’m very proud of that record. It really represented our relationship and years of hard work together. 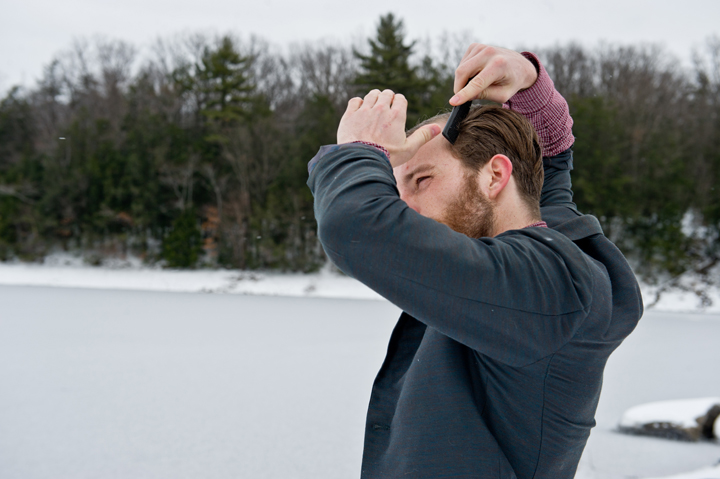 From where you are now, is it difficult to look back or do you look at each experience as something to be learned from?  How have you learned to deal with uncertainty and how have put that message into the music of The Optimist?

Yes. Sometimes it is very difficult to look back. I had to work so hard and not think about a lot of it while getting City Rain together. There was never time to reflect or to mourn. There was only time to achieve. There have been times where the memories of how lost I felt seeped in. It’s painful to think about. I knew people from the paxilprogress site that went through the same thing, and didn’t manage to hold out. They took their lives. I felt something of a survivor’s guilt. But ultimately,  I sit back, relax, and remember. I have been given a second chance, a chance to make my life as I see it. Things happen. Some you control, but many you don’t. The control I’ve used to manage my music life does not work or apply to my personal life. I have had to learn how to separate the two. You can hear this in the music.

You took some time to just meet and observe humanity.  What are some of the greatest lessons you learned from this time?

After some relationships ended over the last 2 years, I took trips to DC and NYC to meet with friends. Sometimes on my own. I wandered around the streets of NYC, San Jose, Philadelphia and tried to understand how my problems related to other people’s problems. We as humans tend to think we are special, that our problems are somehow more important or pertinent. I have found that everyone has the same problems more often than not. And resisting them is futile. I have learned to embrace them, and use them as a source of strength.

You have a release show on May 27th for The Optimist. What can fans expect from the show? Will you be divulging further album secrets? What is the greatest hope you have for those who will listen to The Optimist?

We will be divulging album secrets. The show will be very stripped down. There will be a dialogue between us and the people that attend. I don’t want the show to be angled as just a performance but more a dialogue — a facilitation, a room for discussion. My greatest hope….? I will let people decide what they take from The Optimist. Only they can relate their journey to the song.

The Optimist is now available on iTunes.

— Paula Frank | @jelenfan
Paula interviewed City Rain in Issue 2.  You can check that out here.