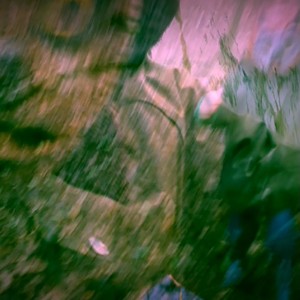 Experimental drone music can be powerful stuff. Despite its minimalism, its roots being intertwined with the ambient genre means it has the ability to evoke a range of emotions.

Take a sound, allow it to evolve due to natural or processed elements and it can do wonderful things. From Discreet Music to Lux, Brian Eno has explored this in his ambient albums for forty years. More recently, we have had Stars of the Lid and Tim Hecker enjoy reasonable success with this idea, playing on our subconscious through familiarity and repetition.

Listening to Cinnamon Fog, the new release from West Midlands-based Owlbinos of Northfield, I am reminded of a comment by one of Eno’s collaborators Jah Wobble, who on releasing their joint 1995 album Spinner said that it was the perfect accompaniment for a walk along the canal. As both myself and Owlbinos of Northfield are from the the same place (often called the Venice of the North due to its canals) I wonder how the song “Cinnamon Fog” would sound in this environment or even if this backdrop had any influence on its creation.

It’s a developing piece of semi-organic sounds to soundtrack your mood but also to influence it. The drone allows the mind to wander… I hear a crackling bonfire, a rumbling train, but these are veiled in a detuned twinkling of synths. When certain elements of the song are removed, almost like an abrupt awakening, you are amazed that nearly 5 minutes has passed.

Owlbinos of Northfield has been using and manipulating sounds for 10 years from simply using recordings on mini discs with effects pedals to adapting to newer technology. His love of obsolete technology and low fidelity recording however means that Cinnamon Fog is also available as a floppy disk.

It also comes with three remixes which add beats to the calm. Pete Prescription’s remix recalls Aphex Twin’s Selected Ambient Works vol II, but the pick of these is Glitchfield Plaines which will make you want to dig out those 90s Warp records recordings.

Owlbinos of Northfield on the web:
Twitter | Soundcloud | Bandcamp | Profile on Romeda Records

Written By
Paul Davies
More from Paul Davies
It’s that time of the week again and as anyone expert in...
Read More