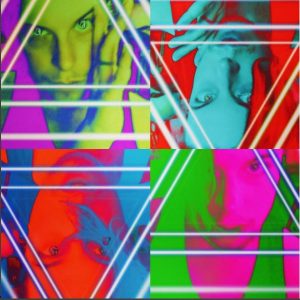 Hi, my name is Chris. I’m a licensed massage therapist living in the metro area. I like food, cats, gaming, and healthy relationships.

Hello Chris, do you know you’re a cylon? You’re a carbon copy of a carbon copy. You’ve been placed on this Earth as a place holder, a space filler. I’ve met 20 other Chris in 20 other cities across the nation.

Welcome Chris, with you’re dead-eyed Instagram photos and your laze-fare Facebook posts. Your walks in the park and calmly concise candlelight suppers where neither party reveals anything true. Not that either has anything true to reveal. Because you’re Chris and probably Joel. Joel is your date. He also is a cylon.

You’ll go home tonight, Chris and Joel, and you’ll fuck. You’ll fuck boringly and shoot your plain vanilla cylon juices. You’ll feel scandalous for a moment and then Joel will break up with you in the morning.

That’s OK because you’re meeting Ben at the coffee shop where he’ll buy you a triple shot extra large something-something while he listens to how boring Joel was. From your boring mouth. Your boring mind. Your dead eyes will look up into the sky as you and Ben take a selfie for another boring dead-eyed Instagram post. Ben doesn’t care because he thinks you’re besties. You share so much of nothing with Ben that he’s drowning in artificial substance.

How could you be besties if you aren’t real? How can you be Joel’s lover if you are only programmed phrases and functions? Flaunting the programming embedded from the media, the religion, and the back of your daddy’s hand. Are robots in love truly in love at all? The robots seem to think so.

A carbon copy of a carbon copy. I could scrape your surface and find more surface, Chris. You don’t know. You’ll never know. If you met a person like me you wouldn’t believe I was a person. I would blow your fuses and put you in an institution. We’d peel back the plastic layers of skin to find metallic sputtering and you still wouldn’t believe me. Because you’re a robot. Sparks would fly. Chris the robot with cliche programming and vanilla juices.

What has happened now will happen again. With you. With the thousand of other Chris replicas around the globe. There goes Chris the rebel. Chris dancing to his own beat. Beating what he thinks is his own drum and dancing his own dance track. That drum of someone else’s design. The dance track already laid in and playing before Chris was even switched on. Chris, your dead eyes and extra large throbbing latte. You’re taking a walk now. You’re on the beach and you’re thinking about cats and computer games. You’re dreaming of healthy relationships. Listen to all of those clicks and whistles! You’re a cylon. You’re Chris the Robot.

Written By
Artist D
More from Artist D
They piled out of a beaten up cliché of a wanderer’s van....
Read More