Anyone who knows me knows that I’ve been making a befuddled and disgusted face at society ever since I crawled out of my mother’s womb. There have always been so many simple adjustments we could have made to make everyone’s journey on this planet so much sweeter. The fact that so many people are only now waking up to the horrors of the status quo is very off-putting.

I believe in slow changes that eventually make a big difference. While I’d love the people to shake up the system, I don’t think they can persevere to the gratifying end. We’re far too distracted by Netflix and things that make us scroll. 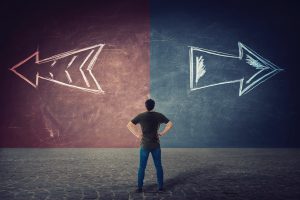 I’m not voting for a Democrat to win and keep the position with the same old ideas. I am voting for a Democrat so we can start to reverse the conservative insanity that we have endured not only for four years but for hundreds of years. Since we can’t follow the plot very well, slow changes from conservative to not so conservative are our first hope. From there we continue on a path towards 21st Century peace, love, and happiness. We elect a Democrat this time so that we can get some damn traction. After that, we discuss and dismantle the electoral college. We add more parties to the popular system. We analyze the dirty Democrat’s doings and instead of assuming the only other option is to reverse engines back to Republicans, we decide to move forward to something else!

Can we all finally agree that we were created by terrible people who probably all did terrible things? Men who were monsters drafted all of the structures and continued to do so for hundreds of years leading up to this point. Atrocious individuals created beautiful art, wrote books, and pushed abusive religious narratives. The only way we get past it is to acknowledge it, write it down in the history books, and then decide to never fucking do that again!

A new 21st Century Human should have to look no further than honest histories to learn how not to act. Let’s show them videos of how fellow human beings publicly treated black people in the Jim Crow era. Let’s make sure they see the video footage of gay pride parades in the 1980s where the gays treated transgender and drag queens like trash. Roll the documentaries of Emmett Till, Sam Cooke, Marsha P. Johnson, and a thousand others. This combined with detailed history books regarding our nation and before it should be all any fresh young human being needs to know that we don’t act like this anymore.

Joe Biden is not perfect for the right or the left, but he is enough to proceed forward. The system is broken and that’s more clear today than ever. The Trump administration is destroying everything and anything that gets in the way, just like any swarthy corporate boss rearranging procedures daily to suit their needs. If you can’t see it by now, I can’t help you ever see it. We can’t help you see any of this!

Time can’t always be taken to explain why a conservative mindset is a bad thing and I think it should be obvious by now. I gravitate to the left of things because I want people to be able to do what they do without fear. This administration has proven that you may have the right to do it (i.e. gay marriage), but how happy or safe do you feel doing it in this current climate? I don’t see liberals stamping out people’s rights and I especially don’t see liberals stoking the flames of hatred over other people’s lifestyle choices. I don’t think the left will take away your guns or your Christian backyard BBQ. I think the majority of people leaning to the left are far more open to everyone being able to do everything unless it causes fraud or force upon others.

Therefore, we need to take care of the first thing first. Right now we have an emergency on our hands and that is to break the free fall. Once we get there we can then go beyond it and start working hard for all of these other great things we’ve never been able to accomplish.

But it’s important to keep going once we get there. People get to Democrat and then rest on their laurels. We need to learn from history and it’s pretty clear to me that the fight is never over. You don’t win the battle and go home. You win the battle and keep fighting. Imagine what could be accomplished in this world if everyone worked together for positive things. Imagine no squabbles over religions, politics, race, sexuality, or gender! What would we have to talk about then? Probably something worth discussing.

We can take care of each other and I think in this broken system we ought to until we can get to solid ground. A lot of people complain about taking care of others. Shouldn’t we take care of our tribe? After all, we are the American tribe and would work best if we could agree on some fundamental things about each tribe member’s rights. Beyond that, we are the human tribe, the Earth tribe, and should care about all of our fellow earthlings.

I would love to live in a Libertarian world where everyone stands on their own. Where the people have learned to stand alone because they finally realize what they can do together. Where the people have been shown that they have the power, together, to pressure the corporations into paying out livable wages and to control their government so it does not meddle where it should not. But until that day comes we need to take care of each other. We need to build a bridge from this broken structure over into the new 21st Century one that most of us always have been dreaming of.

I don’t know if there is any hope for humanity ever achieving this. Too many people fall in love with the status quo every time they get a little taste of security within it. The minute someone gets a fancy title or a raise to a slightly livable wage they suddenly turn goofy and think the system isn’t so bad after all! It’s a lot like getting that Democratic president. While I honestly wasn’t paying much attention to the Obama administration it appears a lot of people felt electing a black Democrat to office was enough and they checked out from there. That might have been why I wasn’t paying much attention either. I was happy we got there and thought we could never slide back. It was like I and many others just expected the dominoes to go off from there all by themselves in a positive direction. People win and then immediately always slink off and relax as if the fight is over.

Our progress is not helped along any by all the people everywhere never agreeing on anything. I watch the scene in Portland much like I watched the scene of Occupy Wall Street. There’s a whole lot of people gathering together to get angry, but when they try to decide on what exactly they’d like to demand they can’t get it together. People are great at forming mobs, but mobs with a manifesto-sized mission are not their strong suit.

People can’t even decide if using deodorant is good or bad for you. Is the aluminum giving you cancer or not? Are humans supposed to sweat or not? We just don’t seem to know! How are they supposed to pull themselves together to outline a reasonable and rational request to get some change? The entire scene clucks miserably of a bad team project in school or work.

Most of us have all been there. Everyone has their ideas and most of the time frustration leads to handing it over to the overachieving nerd to handle. Humanity can’t even coordinate homework. How does it have any shot of changing the world? Yet we keep trying, we keep fighting, and we keep writing. Perhaps one day something good will stick.

Written By
Artist D
More from Artist D
Written in hypnagogia. Transcribed by phone. To sleep perchance to live. To...
Read More