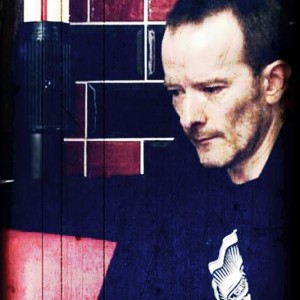 Mark Monaghan or Producer Mark. Two names he is better known by to certain people. But there is another name of which people will certainly remember him by and thats his new project Carnival Star. But before we get to the music, lets get to know the man behind it all…

Hailing from Scotland, Mark has been in and around music since childhood and gained the “Producer Mark” moniker when he turned his passion into a profession. It was 1994 when things took a turn for the better when he ventured into online broadcasting websites, which are very rife nowadays in the guise of a podcast. This was a big turning point for internet media and Mark was hailed for beating the media giants who now ironically rely on the internet rather than loathe it. And these websites? www.onairtunes.com and www.onairgigs.com are where you will find the Producer.

But now, 20 years after hanging up his guitar, the music bug has bitten and the outcome is Carnival Star. Carnival Star emerged in early 2013 and has seen a number of artists come and collaborate on the material, which has a classic Sisters Of Mercy feel to it. Just who has contributed will be disclosed at a later time but I am pleased to say that Mark has allowed me to share these links with you and let you enjoy something which will be one of the musical highlights of 2014 . . . from a man who has dusted off his passion for making music and wants you, the listener, to come and join the Carnival Star.

Carnival Star on the web: