In the early 90s, we are told it was grunge that killed off shoegaze.  A burst of aggressive energy coming as a harsh interruption to those effect-laden atmospherics, an echo of the supposed impact of punk in relation to overblown prog rock less than twenty years earlier.

Whether you believe this is true or not, the recent revival of shoegaze has lasted longer than the original scene, even prompting yucky terms like ‘nugaze’ and the welcome return of Slowdive last year.  Grunge hasn’t really gone away either, lurking in the background like a sulky teenager shutting themself in their bedroom, but there have been hints that this year it may once again usurp shoegaze as an influence on newer bands and wider music culture.

We’ve already focused on new acts The Royal They and Russian Baths this year with their take on the genre making us sit up and take notice.  On a more mainstream scale, the Dream Wife album is likely to make many of those End-Of-Year best album lists and Courtney Barnett has a new album out in May.  You can hear them all on our 2018 Spotify mix.  You are welcome. 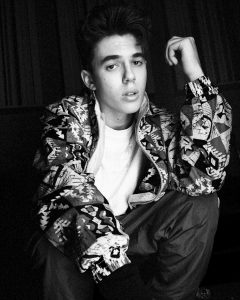 March has brought a couple more acts to our attention, incorporating grunge into their sound without being simply copyists…

19 year old Brunswick wasn’t even born at the height of grunge, yet the sound on his forthcoming release captures plenty of nods and allusion to the era.  The grinding guitar and gravelly voice elements are there but set over a backdrop of contemporary beats and production.  Labelling himself as ‘rhythm n grunge’, it surprisingly works and sounds fresher than anything else on the increasingly bland, sanitised pop/rock scene.  There hasn’t been anything this original and exciting with the potential to influence music trends since the early work of Burial. 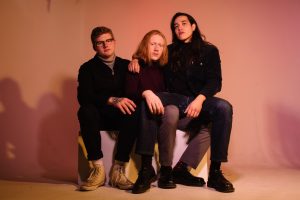 Leeds trio Night Owls release Tragically Human EP in May but their single “Do you want it all?” whets the appetite for now.  With influences like Hookworms and Pulled Apart by Horses the sound is almost more grunge pop, with plenty of hooks making it a little more radio friendly than grunge purists might like.  The song was written about the Hollywood abuse scandal, exploring ‘the arrogance and fear of someone who had abused their position of power, and was about to have their whole world crumble around them.’

Written By
Paul Davies
More from Paul Davies
‘Oh Manchester, so much to answer for….’ In the history of music,...
Read More