Brett Gleason is an artist who can’t be put in a box.  He’s a DIY singer, songwriter and musician who spends much of his time churning out indie rock masterpieces (and the occasional hand painted underwear) from his home studio in downtown Brooklyn. Brett is currently working on his second album entitled Manifest and he’s using Kickstarter to get folks involved in his creative process. Anyone backing this project will immediately receive ten Manifest demos in addition to cassettes (remember those?) and custom designed t-shirts, and he’s sharing highlights of his process as he goes along. It’s his way of going from “do it yourself” to “do it together”.  Brett is doing things differently with Manifest so I decided to ask him a few questions about it.

This album focuses on the not-so-small topic of being a human on Earth. Can you elaborate?

Yes, I can! So, my first record was very insular, it focused on internal conflicts and my bipolar disorder; it was all about ME ME ME. Now that I have somewhat gotten it together, I’m actually trying to participate in life…which is just as hard! This world is a scary place. I feel like I just arrived on Earth and I’m taking stock of humanity for the first time. There’s even a song called “Humane” where I literally try to define what makes us human…spoiler alert: it’s our imperfections.

What makes Manifest different from your previous release?

Aside from the major thematic differences, this record just plain sounds different. I’ve gotten rid of most of the electronic elements and have beefed up my use of guitars. A bunch of the songs also have glockenspiel, which is fun to say as well, plus horns and strings which is why this record is a bit more expensive to make than the last one. I’ve also simplified a lot of my song structures which I think will make for a more immediate, emotional impact. 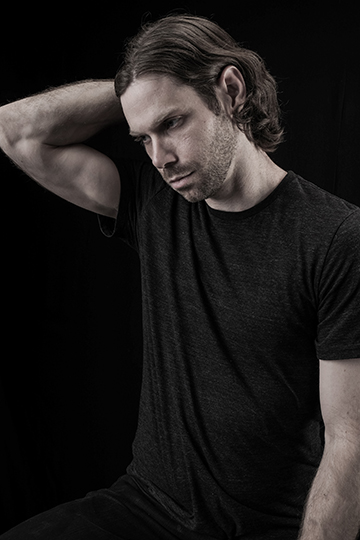 What artists had a significant impact on your music?  Who are you listening to now?

This record was heavily influenced by PJ Harvey – which is funny because I just got into her in the last year and have been obsessively consuming her catalogue. There’s something so raw and vulnerable about her that I wanted to tap into. She’s also so fearless about changing up her sound on every album, which I admire the hell out of. This project definitely stems more from my love for singer/songwriters like Fiona Apple or Elliot Smith than my big band heroes like The Smashing Pumpkins or Nine Inch Nails.

You’ve chosen Kickstarter to raise funds for Manifest.  What makes crowdfunding so appealing?

I wish I could say I turned down major label backing to rely on my fans or that I don’t want to tap into my trust fund just yet but the truth is: I have no choice. I make a very nuanced, literate alt rock music that doesn’t lend itself to quick categorization or obvious singles. I’m also an out gay artist who doesn’t make pop or dance music. Simply put, there’s no obvious way to market me so labels won’t touch me.

That said, by crowdfunding I have complete creative control to make the kind of record my fans and I want. It also also brings people into the creative process and helps alleviate the loneliness of being a completely DIY solo artist. I play just about every instrument on the record as well as record and engineer so reaching out at the pivotal moment of funding is a great way to broaden my inner circle and get some good feedback. I may be completely reliant on my fans but it’s not just financial, it’s also emotional.

You’ve got some great perks lined up for your Kickstarter. My favorite is the hand painted underwear. How the hell did that come about?

I’m a crafty nerd and I like to personally make as much of my merch as possible! It started with t-shirts for my last Kickstarter. I got a silk screen stencil of my logo and just started fooling around with it. After about a dozen ruined shirts I realized I could put this on anything and made a pair of ‘Brett Gleason’ boxer briefs as a V-Day present for a special dude last year. Now they can be yours!

If your fans don’t see something listed as a reward on Kickstarter, you’re offering to fulfill their unique requests. That’s brave, Mr. Gleason.  Is there anything you won’t do?

Haha, yeah I’m not afraid of my fans! This record is for them so I’m all ears about what rewards motivate them. I can’t promise I’ll oblige everything but I’m very open-minded and non-judgemental. I’ve definitely gotten some unorthodox requests over the years which and have stepped outside my comfort zone a bit to oblige but you’ll have to wait until my memoirs for more details…