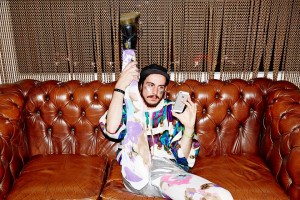 When it comes to love and heartache songs, Fourculture favorite Brendan Maclean noticed a particular hole in the market. Brendan decided to fill that hole with his latest release, “Only Boyfriend”.

“Only Boyfriend”, completed on Brendan’s last adventure to the United States with Emmy award winner Lance Horne, is a song that brings a sense of  lust through Brendan’s lyrical genius. Telling the story one’s desire to be with their crush, this track has a unique view of starting fresh: “I don’t want to know your track record, baby, everything before all of this does not exist.” I say “unique” because Brendan is by no means your ordinary pop vocalist. With a twist of folk and what sounds to be bells and cello “Only Boyfriend” shows Brendan’s soft side which is in contrast to his hits like “Stupid” and “OnlyOnly.” For the entirety of the song, the orchestra engulfs the melody, immersing the listener into the romantic desires of Brendan Maclean.

Brendan has a real special quality behind every one of his ballads. He brings heavy emotions that make you feel every lyric and make you sink right into the music…just like a perfect love song should do. “Only Boyfriend” is no exception. For all the male lovers out there, this might just be the perfect love song for you.

Accompanying the song is the release of the video. Filmed in the Creamery Brooklyn recording studio, the video gives you an intimate look at what goes on during the recording of a song. Check it out below!

If you dig the song, you can download it at Bandcamp for a “name your price”.  As with all “pay as you feel” pricing we encourage you to pay what you can to keep the music alive.