C.A.V.E. Gallery in L.A. has provided wall and floor space to some truly talented artists that would otherwise be looked over in the mainstream.  On June 29th Skount became one of those artists.

Jerez de la Frontera was born in Spain in 1985 and currently lives in the Netherlands.  His signature mask paintings are the result of theater influences from his native country in his youth.  He has retained a love of the mystery created by masks.  They represent the veil many people hide behind to appear more acceptable on one level or another.  The mask results in a false courage and confidence and protects the more fragile being within. Skount does recognize the fact that we can drop those masks when in company that we trust allowing growth of the true self.

The 28-year-old, like so many other artists, has opened himself to exploring his other talents over the years and besides painting, mainly street art, he also creates with paper, music, performance, video art, sculpture, and installation.  His passion for art has taken him throughout Europe, to Israel, Mexico and the U.S.

What first captures the viewer of his paintings is the bold palette.  There are no wimpy colors.  Bold red, robin’s egg blue, pure white and jet black are the colors of his creations. Skount’s sculptures may be considered simplistic by some only relying on color, rectangles and squares, but it is that simplicity and basicness that makes them interesting.  On the other end of the spectrum are Skount’s installation pieces that used…trash.  For one he combined fruits with electronics and the other was the contents of just about anyone’s garage or shed.  Both made for great collages.

It was those mask-inspired paintings that were shown at C.A.V.E.  Like all of Skount’s work, the best word to describe them is “dramatic”.  Fantastic costumes, sometimes supernatural or mythological humanoids and everyday objects come together in pieces that will definitely trigger some emotion.  Despite the masks, this painter tends to leave eyes and mouths exposed to give the observer a small hint, at least, of what is really going on inside the head and/or heart of the being wearing the mask.

Visit http://www.skountworks.com/ and take the time
to view all the work Skount has selected to display there. 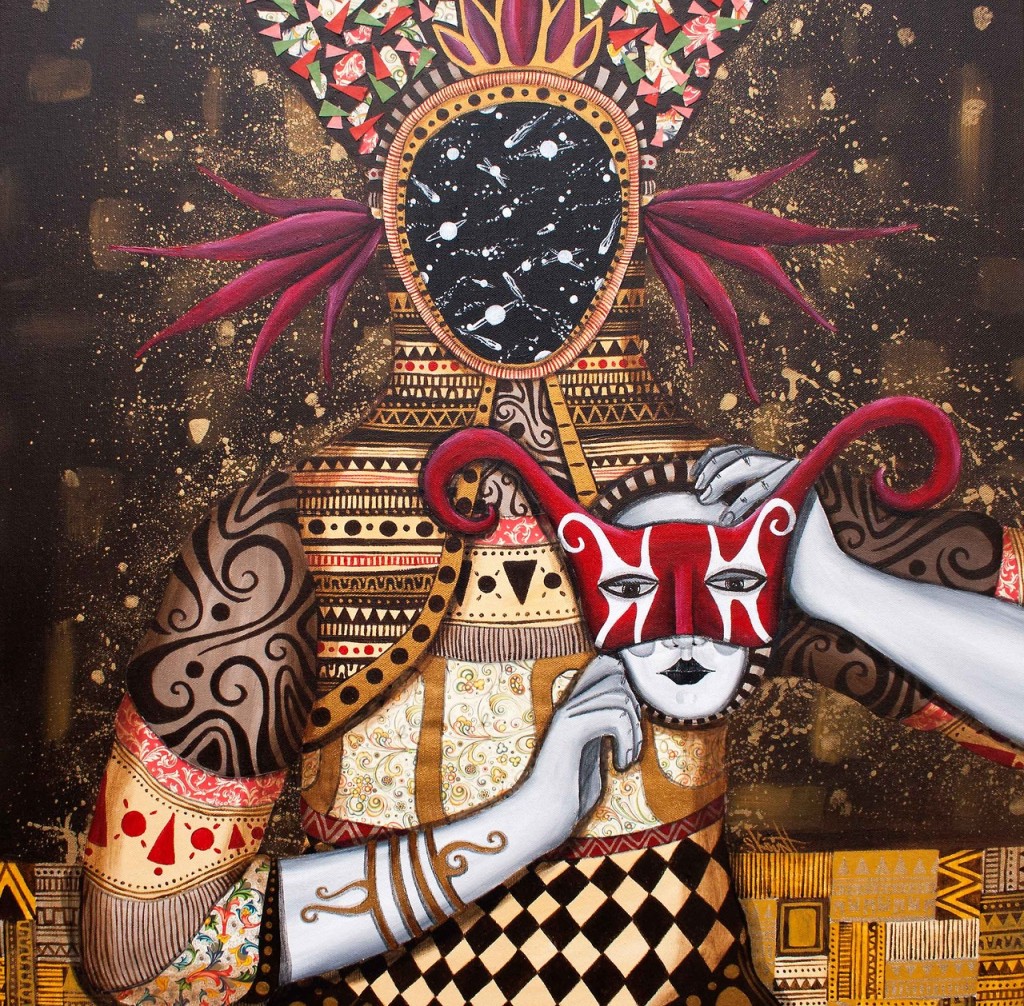 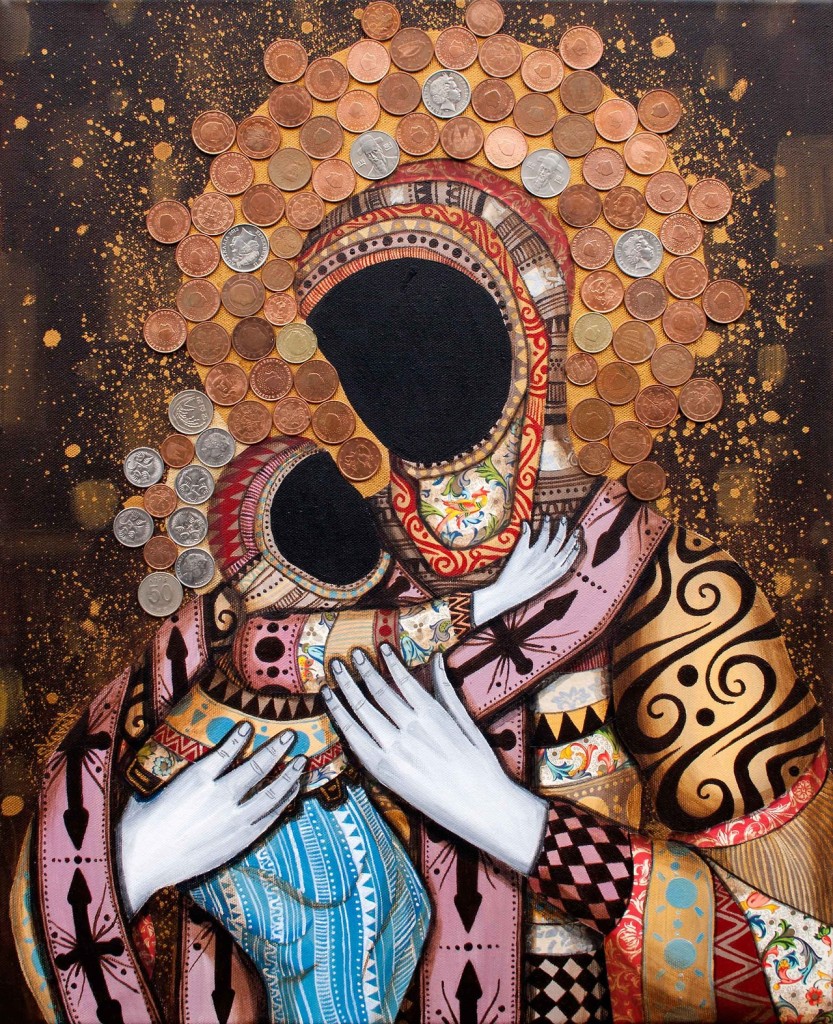