Bandcamp Friday is back and I have a few suggestions for you to spend your money on. Once again Bandcamp is waiving their revenue share on all sales and so it’s time to tool up and go shopping.

In no particular order, here are some (mostly) electronic artists for you to explore, to discover, and to support by buying their music in the safe knowledge that ALL the money goes to them. Click their names to be transported to their respective pages. Okay, let’s go:

Hazy and diaphanous soundscapes from one of Merseyside’s leading electronica exponents. Expect external meditations, voices in the ether, and twinkling electronics.

Plike is the solo project of Em Baker who’s sound is hauntingly beautiful, dark and twisting. This is dream-infused gothic electronica that is intoxicating and utterly bewitching.

Dense and textured ambient techno that pulses and beams with gorgeously analogue melodies. 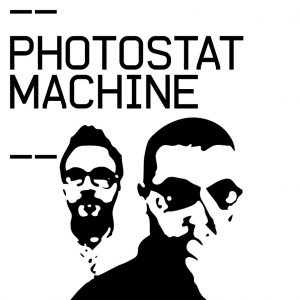 Synth/electropop duo who evoke a clean and punchy 80’s vibe reminiscent of early Depeche Mode (you know when they were really good). 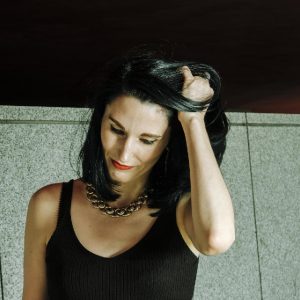 Intricate and pinging electro with an overcoat of techno designed for the main room. Stefanie is a Liverpool-based techno DJ and producer with impeccable musical pedigree. 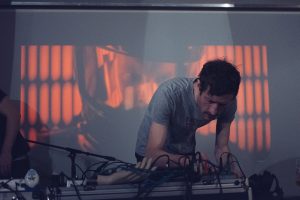 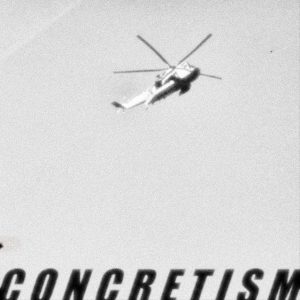 Concretism has an unerring ear for melody and production and his music incorporates pastoral tranquility, cosmic spookiness and indeterminate dread. An absolute must-listen for these disquieting times. 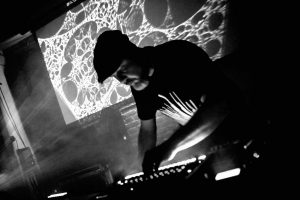 Weaver of dark and unsettling electronic drones and spectral beats, Field Lines Cartographer is Mark Burford who also records as Impulse Array (more of that in a second). FLC‘s music sounds ancient, like a long-buried artifact transmitting from a dying space station. 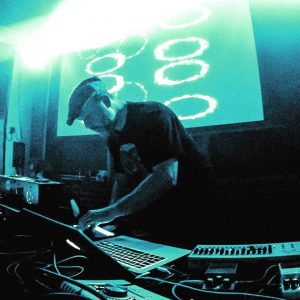 With Impulse Array, Mark explores IDM and dark techno. However, Impulse Array is a sound artist, a master of sonic collages that draw you in and fold the sound around you, encasing you in a warping and humming cloak of jarring rhythms and reverbing ambience. 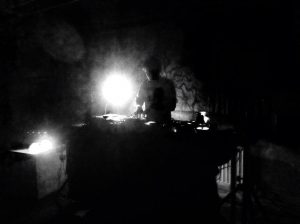 Mark Lawless is a Liverpool-based producer and deals in mainly ambient techno mixed with a sprinkling of deep house grooves whose understated electronic vibes can shape all moods. 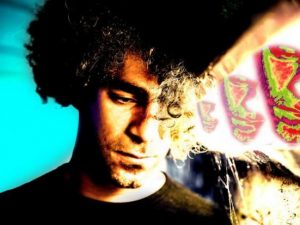 Dan Clarke aka ZAFLON creates deep electronics with a neo-soul vibe. Utilising hip-hop and trip-hop beats, dub bass lines and talented guest vocalists and MC’s he forges a dark and unsettling groove that belongs as comfortably in the main room of clubs as the fabric coated walls of chillout rooms. 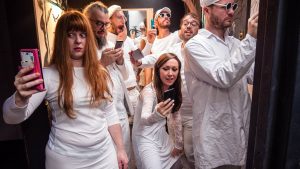 a.P.A.t.T. are a unique force of nature, going beyond the definition of band, they epitomise left field creativity. Incantations, explosions of reality warping anti-nostalgic utterances and dread are all part of the package. Sounding like somewhere between a sectioned Devo and an ‘approach warily’ Cardiacs their sounds are often spasmodic and convulsive. 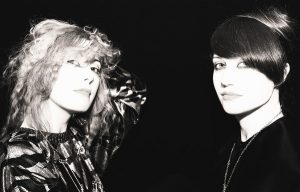 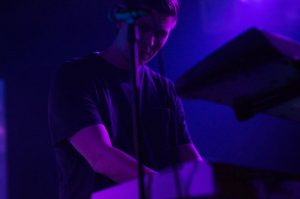 Charging, energy-fueled retrowave with thumping house beats and driving arpeggiators. Moondragon has encapsulated the thrill and excitement so prevalent in classic 80’s synth compositions. This is the outrun you have been searching for. 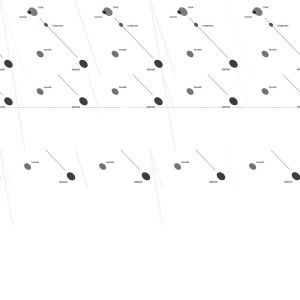 Dark and experimental soundscapes from the North West of England. The deep-field electronics seem to beckon the echoing void of deep space and into the phantasmal realm. 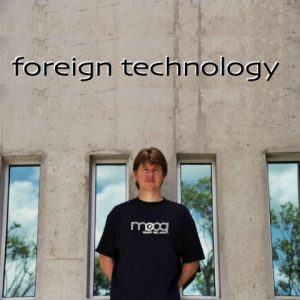 Australian-based electronic artist influenced by the music of late 70’s and early 80’s artists such as Gary Numan, Ultravox, and Japan. Euphoric and huge tunes that are worth replaying over and over and over… 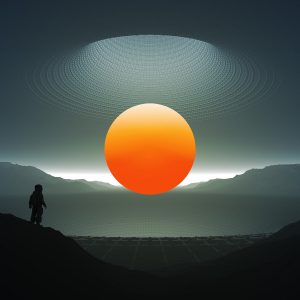 Piloted by James Dean, BUNKR has all the elements that gave James’ other project Lost Idol its emotional weight and languid depth, with the mood and feel of a post-club chillout room. There are beats and there is bass, yet this isn’t 4-to-the-floor pumping kicks, it’s far more subtle than that. Melody takes precedent, the beats tumble and break into the tide of sparkling electronics and vaporous harmonies.

RYKARD is a purveyor of chilled grooves and ambient bliss, conjuring vistas of audio escapism through divine electronics, tumbling beats and smooth melodies. Immerse yourself in windswept arrangements, dense electronics, and eddies of aural loveliness. 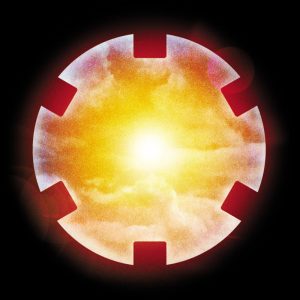 And check out Meatbingo which allows Neil to explore jagged funk blasts and staccato beats through cut and sample techniques and glitch-edged production. It is a heady and hugely enjoyable listen. 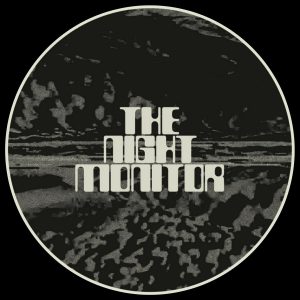 The Night Monitor through which Neil indulges his fascination with the paranormal through ominous and the pulsing beats, and radiophonic creepiness. The Night Monitor pulses with disquiet throughout, transforming the eerie realm into sonic and cosmic weirdness. 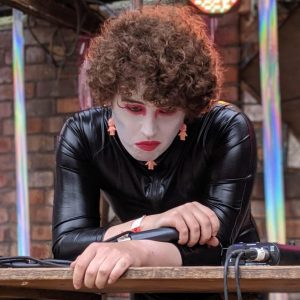 Dark avant-pop from Liverpool. Dramatic and probably supernatural, Foxen Cyn is a proper one-off, a glitch in the matrix, who conjures tunes from the seemingly possessed realm. 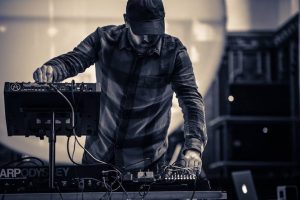 Kieran formulates sonic journeys into the oscillating realms of fog-shrouded found-sounds to weave hypnotic and eerie constructions. Pretty much eschewing drums and beats he uses the pulsing arpeggios instead to give his tunes their hypnotic rhythms. 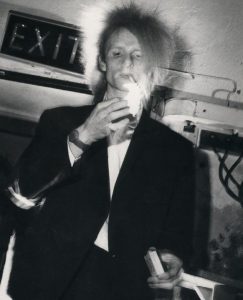 Adrian Hughes, as Nurse Predator, has been steadily releasing old recordings for the last few years. Often exploring the sounds he conjured back in the 80’s and 90’s, his sound is one of industrial bleakness. Tracks are cloaked in coiling ambience, allowing them to drift, wraith-like into haunted woods. His sound is astonishing and hugely immersive and listening is akin to resurfacing through the dense waters of the Acheron. 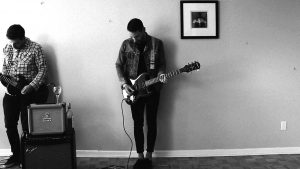 Experimental coldwave from Canada, Scene Noir encompass the soft abstraction of hissing electronics, chilly desolation and eerie balladry creating songs that are both robotic and emotive. 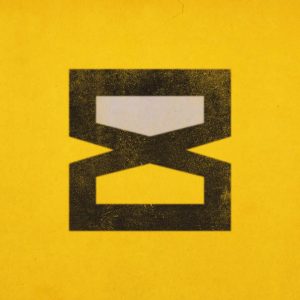 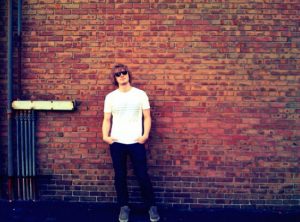 Gorgeous, lush and nostalgic 80’s trip with elements of Italo disco, funk and super-glide electronics. This is retrowave and synthwave of the highest order dealing in deep, up-beat synth funk with the roundest of edges. 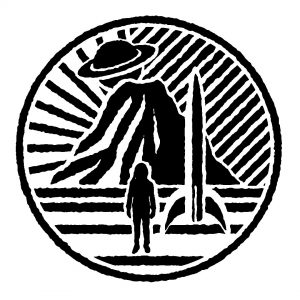 Amazing narrative-driven electronic compositions that incorporate rock guitar, drums and low-slung basslines. The electronics are so atmospheric that rain and lightening practically fall from the speakers transporting you to another world. 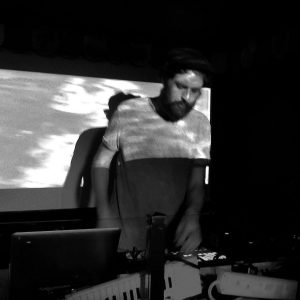 The brainchild of Dublin-based producer Ciarán Byrne, who produces upbeat retro/synthwave. Check out “In Memorex”, it’s pretty much perfect and his re-imagining of The Bangles “Walk Like An Egyptian” which is extraordinary. I am a huge fan. 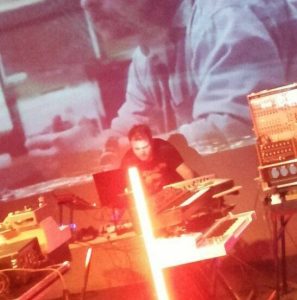 Bocuma creates haunting, melancholic and sample-laden downtempo electronics. Evoking the rich ambience of Boards of Canada, Bocuma explores blurred and bleached-out Super-8 textures with elements of pastoral spookiness. He also composes for video games as well as being a striking graphic artist.

There you go, please visit these artist’s Bandcamp pages and consider supporting them by buying an album or two… or three. Find something new and exciting, something you will miss if you stick to the mainstream ‘cos it gets pretty boring there.