In the heat of this dreadful summer you look towards every little thing for relief.  You sit in front of the fan in your living room all day without relief. You consider sticking your head in the freezer but you’re met with the meat you threw in there last Thanksgiving.  Well, we might just have something to help cool you down. Meet London’s own Polar Caps! Owen Hughes-Holland (aka Polar Caps) has been making a large splash across the pond with his unique twist on music, something along the lines of alternative electroacoustic pop. We just call it awesome. We had the chance to have a one on one with Polar Caps to discover what makes him so cool. Sit down readers and let’s cool down with Polar Caps. 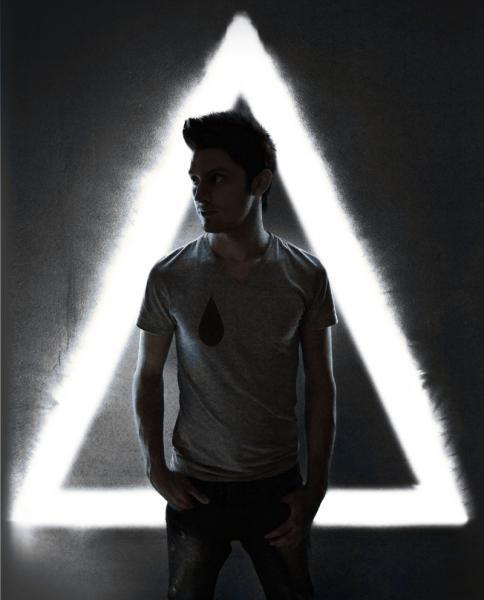 What inspired you to be making music under the name of “Polar Caps”?  If we asked you for an autograph on a poster or cd, what name would you use to sign it?

Well I always knew I’d go under a different name. Mine is too long! Ha ha! The name itself just came to me in my sleep early one morning, so it felt right to go with it after that. I used to sign my name but nowadays I’ll sign P’Caps.

You’ve stated that the songs you’ve written for your first EP, Solutions, were a diary in song form. What is it like to expose your life to the public via song? What does it mean to you to be so open?

I was going through some significant life changes when writing Solutions so my way of dealing with everything was to vent lyrically as it were. The songs on the record aren’t exactly in chronological order of how things occurred, but it was quite fitting to have ‘My Farewell’ as the closing track to the EP as it indicates an entirely new life chapter. I think as I’m an open person anyway it’s important that my lyrics reflect my actual personality.

We hear you have some new music coming out this fall. Any tidbits you can tell us about regarding who you’re working with this time around?

Yeah, I’ve been writing on and off since the release of Solutions and am releasing a new single in the coming months. Again, I’ve drawn inspiration from life experience for this track along with the other new songs. Also, I’m lucky enough to get to work with an awesome London based director for the video, so am psyched for everyone to see that when it drops!

As a relatively newer artist, you’ve already gained an endorsement from a clothing company. Any suggestions on how up and coming artists can get attention in order to gain endorsements?

I think I pretty much lucked out there. Ha ha! Basically a fan of my music happens to run an independent clothing company and offered me the endorsement, so I am incredibly grateful. The only advice I’d give is keep busy and pro-active within your scene and you might have a better chance of being picked up by an indie brand.

You’ve opened for artists such as AlunaGeorge, DJ Fresh, Example, and The Cribs. What have you learned from them that apply to your own headlining tour someday? What do you envision your tour to be like?

I’m forever learning from others by either supporting acts or going to live shows. I’d say lighting actually counts for a lot, something that is overlooked by a lot of artists and bands. I’m big on making sure my set is as entertaining visually as it is sonically so I guess I’d envision quite a big production overall down the line.

2013 is turning out to be busy year for you. Other than new music, what’s in store for fans of Polar Caps in the remainder of the year?

More live shows mainly. I am looking forward to getting back to playing live as I’ve had some time off for writing and recording recently. So watch this space…

Polar Caps on the web: