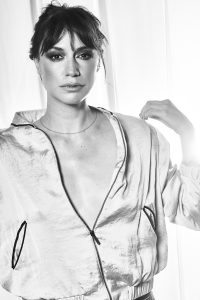 The talented & sultry Arum Rae has unveiled her new music video for her single “Wasn’t My Time.” The video features the singer/songwriter cruising the streets of Los Angeles in her Ray Bans, soaking up the rays as though life couldn’t get any better.

We’ve had our eye on Arum for a while now, having released her widely embraced Warranted Queen EP back in 2014 and her Loners EP in 2015. Now, Arum is gearing up for her debut full-length album, which we are told will drop at some point this fall on Secret Road Records.

“I was actually in a relationship with somebody who survived his addiction,” explains Rae. “We were having a conversation, and he told me if he used one more time, he would die. The song’s message is, ‘I made it out. I actually overcame that.’ Not everyone makes it through. It doesn’t happen to everybody. Addiction’s always been close to me. I can’t say I’m an angel, but it’s not my struggle.”

Keep an eye on this soulful singer this year – sounds like she’s slated for big things. You can catch her on tour with Rodriguez in May, dates for which can be found here.

Written By
Alex Rago
More from Alex Rago
LA alt-pop trio Tyrone’s Jacket may be new to some, but they...
Read More