French trip-hop stars Moon Prototype are ready to shake up the music scene with the release of the new album Modern Life Is A Journey By Car. And the man behind it all, Olivier Jung, gives us his words of wisdom and insights into his forthcoming album release.

With acts like Daft Punk and Air bringing French dance music to the public domain, what does Moon Prototype bring with this new album?

I can’t say I’m a big fan of these two bands, although I really liked the Virgin Suicides soundtrack composed by Air. Both have a quite different approach…one focuses on the mainstream, a big commercial war machine and the other is more in the shadow. What they have in common is that they have managed to cross the Atlantic and reach American ears. I do not recognize myself in any of these bands. My goal is not to “dominate the world.” I have chosen from the beginning not to sell my music as it would be in digital format…I do not seek to make a profit and I do not project me in an album, wondering if it will be commercially successful. In France, I feel closer to someone like Sebastien Tellier, Y Front or the Young Gods, these are artists that I respect enormously. 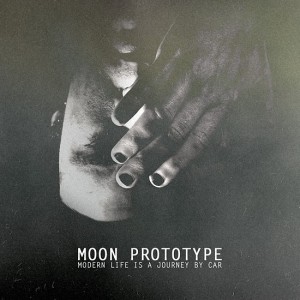 You have gone for a very guitar based drive with all the electronics. Was that the intention from the beginning of making the album?

I started this album as I always do — I made ​​the rhythm, the main melodies and structures. I call that “skeletons.” Then I leave it that way for some time and come back later to make some changes, just to check that the babies are viable. Then comes the phase of collaboration. I send embryonic pieces to the guitarists, David Husser and Grégoire Fray. I give them the freedom to do what they want. The key is they have fun in working on the songs. As a result I have some unexpected things, and that’s what I like. For this album, the mix was really a turning point, Nicolas Chapel did a great job and he gave dimension to the pieces. He gave air, power consistency, and his advice was really valuable. Two years ago I went into the idea of ​​a violent album. What you hear today is different, the guitars are very present and it is probably all that remains from the original intention. It is a perfect mix of my musical influences, as much violent as it is soothing.

My influences are very eclectic. I listen to all styles of music, current or older, quiet or aggressive. My range of listening can go from Machine Head to Eddie Vedder through Chopin to IAMX. All I listen to influences me. But it is true that some bands or artists gave me the desire to make music, I think about Tricky, Luke Slater, Pink Floyd, Nine Inch Nails, the Deftones, Nirvana and more recently Grails or Isis. My music is a kind of milkshake with all these universes.

Aurélie Jung and Grégoire Fray had already worked with me on previous projects, but people like Nicolas Chapel or David Husser are people I wanted to work with for a long while. I’m really happy that this could be possible, the result is beyond my expectations. Now, if I was totally dreaming, I’d really like to work with Tricky. He raises his voice on one of my tracks. I also tried to contact him for singing on the track “Celebration,”  I think it would have been extraordinary.

Having been involved in the music industry for quite some time, what are your thoughts on streaming services like Spotify for independent artists?

I have a mixed opinion on these platforms. On one side they are a vector that plays your music to the masses. Your work affects many people who, if they like it, can buy or download your songs. That’s the good side. On the other hand, I don’t think that it was conceived and implemented with artists in mind. The physical diffusion circuit collapsed. It remains only collector things, very limited and sold to few lucky people at crazy prices. These sites have understood that today everything is virtual, it is normal to pay for accessing these services. But the artist, if he chooses to live from his art, must be respected, intellectually and financially, and i don’t think it’s happening yet.

And finally, what are the intentions of Moon Prototype for 2014 and beyond?

Working on a new album, starting to work with new sounds and continue to collaborate with talented and inspiring friends. I also work on a concept to share the sound of Moon Prototype live to an audience. One day, who knows? The idea is there, now I’m thinking about the “hows”.

Moon Prototype on the web: