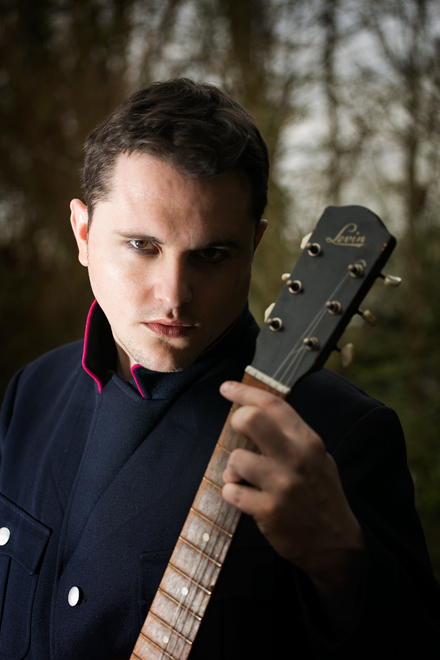 Jérôme Deuson created aMute in 2002.  His latest release, Savage Bliss, is his fifth album to date.  Released May 19 from Three:Four records, the album features an ambient cross section of different sounds, from rhythmic chiming to the faithful keyboard.  Culminating in a darker direction, the album takes a turn from the typically pop and punk sounds of aMute, polishing off an experiment in cinematically tragic sound.

Each song of the album features a differing emotion, through angst, suspense, and tension, to a more apprehensively laid back, nature infused night sound.  It bounces back to suspense with the third track, in a repetitious cycle which draws you in to the sound, even as your mind races to know what to feel next.  Radio sounds come in to top of the song, ending it with a vision of the Grand Canyon and a potential accident, leaving you speculating its end.

Through metal gratings, clashing harmonies that fit in ways which seem unlikely, resounding tones, and an almost brooding sense of panic, the songs on this album will send your emotions spiraling.  Skin crawls as you anxiously anticipate the next sound, clinging to each note, and awaiting the moments of melodic peace given sporadically throughout the music.  Like a Steven King novel, each note leaves you on the edge of your seat, waiting for the next moment to take place.  An album that would make a genius soundtrack for a great thriller, Savage Bliss is, in itself, a theatrical experience.  Skip your next movie night of thrilling suspense, and evoke the emotions that come from this latest release from aMute.