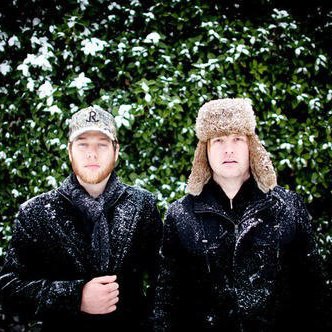 When you think of legends in the music business, how many of them can you speak about just using one name? For example:  Michael, Stevie, Elton, or even Cher.  Today we have a band that takes it one step further than just one simple name. They’re known by only one letter: The O’s.

The O’s (composed of the Dallas, Texas based John Pedigo and Taylor Young) formed in 2008 after having known each other through all their other groups (seriously, it’s a lot of groups).  Having been in the industry so long with those other groups it was not a hard task for them just to dive right in and start making great music.  After releasing two albums and touring virtually nonstop, this July 23rd the guys of The O’s released their 3rd album called Thunderdog to the masses. The music by The O’s is meant for a crowd who could sit down and just enjoy themselves with a frosty cold beer straight out of the can. The album Thunderdog has elements of a cross between Mumford and Sons with a touch of cross over country music such as The Band Perry or Zac Brown Band; a sound that is purely Americana with an alternative twist.  After you hear what The O’s have to offer, these guys will have you wanting to buy a vowel…a vowel’s album that is.

The album starts off with a nice little tune called “Outlaw” which perfectly sets the tone for what the listener will get a taste of throughout.  If you listen carefully, the song has little hidden positive messages from “We all have the right to fix things we don’t like” and “No point in arguments.” Hey United States Congress, you could learn a thing or a two from the lyrics in “Outlaw!” We in fact do “Work too hard to have nothing change.” The song is really set off with the rich banjo and acoustic guitar which soften the harsher lyrics about fighting and the darker areas around the song. For someone like me who isn’t really attracted to the bluegrass sound, this is a real change of pace to really learn how to dive into a new genre of music.

The O’s are something that is purely one of a kind. You could say that might be the reason there are so many vowels! You can’t hear anything like them on the radio, and with a fan push you could possibly hear them on the mainstream radio as they’re not just a little bit country but also a little bit of rock and roll too.  Hey Vanna, we’d like to buy a vowel; The O’s!