America has a gun problem. When guns have killed more Americans on U.S. soil since 1968, than died on all the battlefields of all the wars in America’s history?1  Denial is no longer an option. But instead of a serious discussion about how to best balance the individual right to own guns against society’s right to protect itself, our elected officials and ratings-driven news media prefer pedantic shouting matches and personal attacks. Americans deserve more than nonsensical sound bites offered to excuse doing nothing: “America doesn’t have a gun problem; we have a violence problem,” or “Closing legal loopholes won’t deter the illegal gun owners because, criminals.” And our children deserve better than, “Stuff happens.” Because comparing school shootings to natural disasters — just regrettable, unpreventable tragedies that happen sometimes — will never be acceptable. 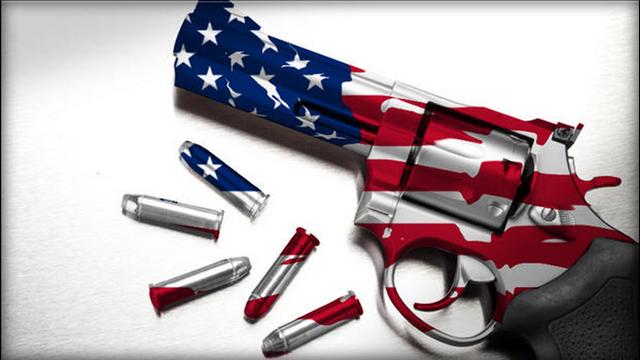 Guns in the U.S. have killed more than 10,460 people so far this year, and injured 21,214 more. Of those killed/injured, 2,072 were teens (age 12-17) and 566 were children (age 0-11).2  In every year since 2008, more preschoolers (age 0-4) in America were killed with guns (82 in 2013) than police officers in the line of duty (27 in 2013).3  It is a serious public health crisis and the discussion has been hijacked by the gun lobby’s wordisms and straw-man fallacies. I suffer serious second-hand-shame every time a professional journalist and/or elected representative responds to a “guns don’t kill, people do” type idiocy. For the love of all that is holy man, just shut that crap down with facts. So what if modern gun usage includes marksmanship and sport? Guns are lethal weapons designed to kill. And when brought into volatile situations, they fulfill that purpose with devastating efficiency. Just ask the Northern Arizona University students and families whose lives were recently shattered when someone brought a gun to a fraternity fistfight. However the original disagreement began, it ended with one young man dead, one facing a murder charge, and several others gravely injured. Guns and college students don’t mix. And parents shouldn’t have to bury a child because the gun lobby convinced lawmakers to pretend they do.

Lawmakers also need to stop pandering to gun rights advocates and pretending gun owners are special snowflakes, not subject to regulation like the rest of us. The Second Amendment does not give an absolute right to keep and carry any weapon, in whatever manner, and for whatever purpose you choose.4  Limits on gun ownership are not only constitutional; they are necessary to protect our communities from harm. And Americans live with reasonable regulations for the good of their communities every day. But that fact doesn’t deter the gun lobby from arguing that regulations that will reduce, but not eliminate the risk of violence are pointless and/or an unreasonable burden on gun owners.  Ergo, the familiar open-ended talking point:  “Background checks wouldn’t have stopped this shooter.”

In truth, regulations that limit individual rights are routinely enacted for the purpose of reducing the risk of harm to society. We have laws that track and limit purchases of some non-prescription allergy medications, such as Sudafed and Claritin-D, to reduce the availability and abuse of methamphetamine.5  And just last year new regulations that make refilling pain medications more difficult were enacted to reduce rampant opioid misuse and abuse. I had surgery for two broken wrists in July and needed a pain medication refill. Instead of just calling the pharmacy to get one, my doctor had to write a new prescription.  It is a highly inconvenient process – how exactly do you pick up a written prescription, from a doctor’s office that is 25 minutes away, when you can’t drive? – that was deemed reasonable when weighed against the risks of widespread addiction and abuse. Laws that limit constitutional rights to protect the greater good have also been upheld, including on the right to free speech (do not  yell “Fire!” in a crowded theater as a prank) and to freely gather (parade and picnic permit requirements). And Americans accept reasonable limits because that’s how we roll: “Your right to swing your fist ends where my nose begins.”

It is simply ridiculous that America tracks every purchase of Sudafed, requiring legal ID and a written record for every box we buy, but doesn’t similarly consistently track and regulate every gun purchased. Universal background checks will not save every victim of gun violence, just as seat belts don’t save every accident victim, drug regulations don’t save every addict, and construction standards don’t save every hurricane/earthquake victim. But we still try.  And with over 32,000 American lives at risk every year from gun violence, how can we not?