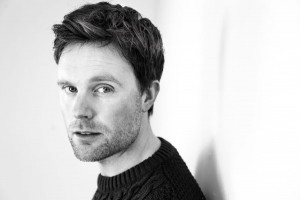 Daniel Pearson – is the name ringing any bells?

No, not the British actor who played Rick Barber in the children’s television series Tracy Beaker Returns.
The other one.
The younger one.
You know… in his mid thirties. Singer songwriter from Kingston Upon Hull.

Chances are you have come across the name before even if you don’t quite know where from. Daniel has been flirting with the music press in a positive way since 2010 and received airplay on both XFM and BBC 6 music in the UK. He has two albums under his belt already. The first, Satellites was released in 2011, an Americana-tinged album of pop hooks and sensibilities. The second album, Mercury State, which is what first brought him to my attention, was released in 2012. This was a more downbeat affair of a folk/blues nature. A beautiful, well crafted collection of laments and certainly worth checking out if you want to investigate the back-catalogue.

So two and a bit years later his third offering, Alone, Together is now available. Given the differing nature of his previous two albums can we guess what musical style, or mixture of such has formed his muse this time? This is not an artist who is knowingly just going to follow an artistic formula release upon release, but rather use a style that best suits his creative mood at the time. Perhaps we can garner some clues from his life events in the intermediary years…. Since his last album Daniel has got married, had a child and had to fight off a rare and lethal form of eye cancer. No idea on the musical style this could facilitate but at the very least we can probably expect a lyrically positive affair.  Perhaps there is something in the title? Erm…. he has been listening to the Crowded House album Together Alone backwards!?!

Enough spurious guessing. The proof as always is in the listening, so let’s delve straight in…

The first track, “Hymn For The Hopeless” starts off with that lovely acoustic guitar sound that so intrigued my acoustic head flaps on Mercury State. String accompaniment supplies waves to float the whole tune along. So far so good. Lyrically it is more downbeat than I would have guessed. No guaranteed positive outcomes here but we are going to struggle through anyway. This is battling uncertainty with the reassurance that everyone goes through it and it just, maybe, might, perhaps be alright. Much like a hymn though, musically it feels a bit one paced. Almost plodding. The lyrics feel impassioned but the music feels sleepy. It is a strange combination that leaves a feeling of unease, like when you come out of hyperspace and first lay your eyes on the Death Star. “I’ve got a bad feeling about this.”

Maybe the second track “The Bridge” will ease this fear and lead to a rebel victory? The tempo moves up a notch and we now have replaced acoustic for electric guitars. A nice enough tune with glorious production but it falls into the same trap as its previous sibling. There is not enough drama in the musical story telling. It feels like the equivalent of reading your children a bedtime story but not putting in any effort with the voices. Reading the climatic bits in exactly the same tone of voice that you read the exposition in. This for me is the main problem with the album as a whole. There is nothing to fault the musicianship, lyrics or sound, just that you come away feeling slightly let down by the overall performance.

Have a listen to the track “As Deep As Love” here and see if you agree with my sentiments. All the individual pieces are there, especially some lovely atmospheric guitar on display, but again there is a lack of storytelling in the music. It really is frustrating as you feel that all the rough edges have been so smoothed that the song slips by your ears so effectively that it leaves little impression.

There are some songs to survive your attack on the Death Star though. A very Ryan Adams sounding “Rivers”, “The Open Sea”, “Circles” and “Come Back Around” all certainly try to put these worries to bed. They might not be able to change your opinion of the album as a whole, but if these four tracks had been released as an EP I would be getting quite excited about the prospect of the new album. The sparse “Come Back Around”, just voice, acoustic guitar and strings, is especially effective and the closest equivalent to the feeling of the songs on Mercury State. An agreeable way to finish what for me feels like a slightly disappointing album.

Now I have no doubt that there will be people that will love Alone, Together. There will even be tracks from this album that will help them through a rough patch or become ‘their song’. All of which should be heartily applauded and cannot be criticised. However, expectation can be a dangerous thing and having loved Mercury State this album really does come off second best. With Daniel Pearson though, you know the musical styles will all get mixed again for the next effort and so is always worth keeping an eye on. Not a bad album by any means, just a disappointing one when compared with previous efforts. A back-cat staple but not an album I would recommend to start with if you are investigating Daniel Pearson for the first time.

Alone Together is out now.