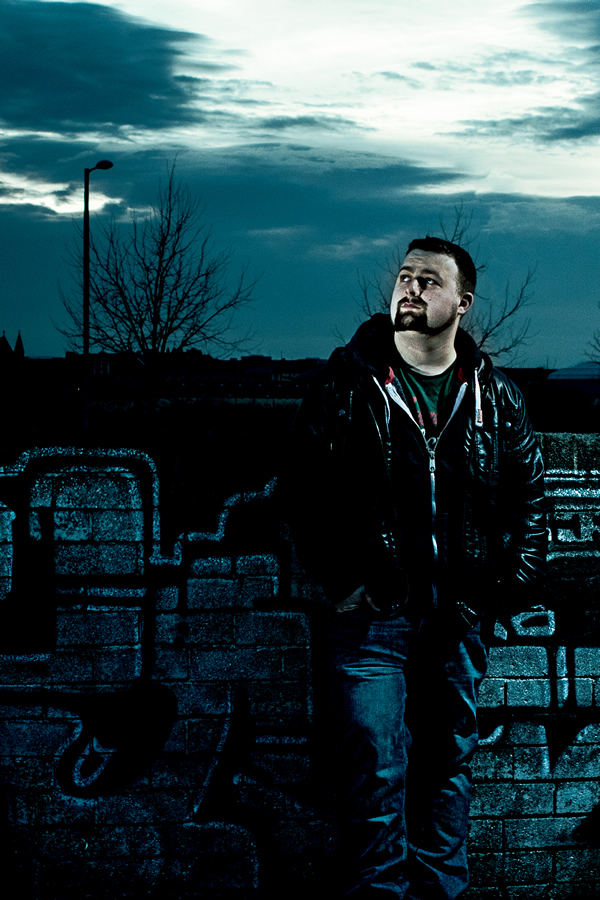 Advance, the solo project of Glasgow, Scotland artist Tom Perrett has brought some of the most haunting and unique songs to the table with his debut entitled Deus Ex Machina which literally translates to “god from the machine.” From the given description the album, Deus Ex Machina explores themes of a dystopian, post-apocalyptic future and of man’s dependence on technology for survival throughout each of the album’s nine tracks.

I couldn’t have said it better myself. For the fans, I’d say that Advance’s Deus Ex Machina compares greatly to the haunting heavy bass aspect of Tricky’s “Excess” as depicted greatly with the film Thirteen Ghosts. Take that track and add more of a house/trance aspect and spin and add some clean vocals that almost come close to a later Depeche Mode, then you have only covered just one aspect of the album. Having been four years since the launch of Advance, you’re getting an album that has been produced to its finest quality. Frankly, this is more than just an album, if a director is creating a movie particularly of sci-fi or horror genres, call Advance. It’s as if Deus Ex Machina is already prepped as a score. Heck, even if Tom Perrett wanted he could successfully pitch a damn good concept for a film.

When approaching a concept album, I tend to come off a little wary as I tend to expect something of a Pink Floyd caliber. You want an album that will bring images flowing in front of your mind’s eye with a concept you can clearly understand; I sometimes call it movies on vinyl or cinematic music. I keep coming back to the concept of horror and sci-fi as you look at the heavy dependence on the EDM or alternative electric computed sound you realize that dependence on technology as stated. I feel that Deus Ex Machina describes our future existence on Earth. If you think about it, we’re already dependent on technology for our survival. The album brings this vision to my eyes that if humanity is destroying itself then we’ll have to create said technology to survive: I.E. bubble containment. Then will technology run itself? Is there really a god in the machines?

For once I couldn’t pick a favorite track as one track would be empty without the other.  A perfect storybook tale of what a concept album should be.

For the story (See? I can’t even call it an album anymore!) of Deus Ex Machina;  I would love if something visual like a graphic novel or film came out of it. Yet, only one man can tell this story of the future. That man is Advance.