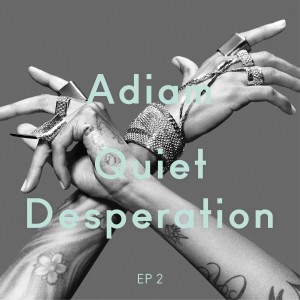 When an artist has a diverse upbringing to draw inspiration from then they are more likely to have something to say than your average pop star.  Throw in legendary producer Dave Sitek at the helm and you have the components for something very special on EP2, the latest release from Adiam. Fourculture got the chance to talk to her about the two songs featured on it, as well as the remixes.

Born and raised in Sweden (where her parents moved to from Eritrea), Adiam was brought up in two different cultures.

“The Scandinavian and the Eritrean have been equally inspiring, educational and at times also challenging for me.  It influences my writing and my music like everything else in my life.”

Having recently moved from Stockholm to Berlin she calls both cities “home”.

“Berlin is a very open-minded and relaxed place, and at the time I just needed a creative break from Stockholm. Stockholm is still my favorite place in the world. My parents, my four sisters and all my friends are in Stockholm and Uppsala.”

In terms of songwriting, Adiam prefers to start with the beat and you can see how important this is on the two songs on EP2. She says that the melody and chorus come quite naturally from this.

“For me, the process of songwriting is basically some sort of story-telling. Each song is a story that’s based on real-life experiences and emotions. Things I have witnessed in one way or another. So they are very personal to me. At the same time, they are metaphorical. They are not to be understood literally. They are all open for individual interpretation.”

With regard to the two songs on the EP, what do they mean to you?
“Quiet Desperation” is the second song I wrote together with Daniel Ledinsky and Erik Hassle at Dave Sitek’s place in Los Angeles. The title is basically inspired by a saying of Henry David Thoreau, the author of the book Walden, that, “the mass of men lead lives of quiet desperation.“ I think this is still true today. What some people call resignation is nothing but confirmed desperation. What I love about this song is that the lyrics are in a way rather depressive but the song itself is really upbeat.

“Runaway” is essentially a song about leaving and starting a new chapter in your life, whether it’s a relationship or any other situation you are not happy with anymore. It is about giving something up in confidence and not caring about the consequences because it’s about finding your own space.”

I am glad you mentioned Dave Sitek.  He is a massive name in production.  How did you get involved with him?
“Yes, I love his work with TV on the Radio and the Yeah Yeah Yeahs. We actually met during a recording session in Los Angeles. A friend of mine took me to Dave’s place one night and we immediately hit it off. We actually recorded the first song that very night, and then just continued writing and working together. I eventually came back to Los Angeles a couple of weeks later and we recorded my entire album in one month at his place. It was an amazing experience. We had a lot of fun together!” 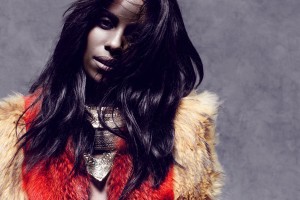 There are three remixes on the EP, did they approach you?  How did you feel about them?
“From the very beginning, we had the idea to get a lot of different remixers on board for the release of my first two EPs. For my first EP Dark Lake we got a lot of cool remixes for example by my Berlin-based friend Tyler Pope from LCD Soundsystem and my old time Stockholm friends Carli and Mans of Savage Skulls. Luka a young producer did a nice remix of Dark Lake as well.

Runaway – Exile Remix feat. Blu
Los Angeles producer Exile also made a very cool remix of Runaway with guest-appearance by rapper Blu. It’s great to have another lyricist on the track. I have been a fan of Blu’s raw and gritty flow since his debut album Below the Heavens. His latest collaboration with Madlib and MED for Bad Neighbor is also amazing.”

Do remixes of your work make you consider new avenues in which your sound can go in the future?
“Yes, sure. It’s always extremely inspiring to hear what other creative minds do with your sound. I love that moment of surprise. Remixes can show you sides of your own work, you would have never considered yourself.”

How do you feel you have grown since EP1?
“I think that both EPs have a very similar vibe – dark and uplifting at the same time. Musically both are a mixture of electronic and organic sounds. But at the end of the day, it’s always me.”

Written By
Paul Davies
More from Paul Davies
Are you new to all this?  Part One of this surreal saga...
Read More