Manchester based Needle Factory continues to dazzle our eardrums with ever-expanding musical endeavors of the synth variety. Wowzebra is the latest release currently available on Bandcamp. It gets the blood pumping and treats you to something special during these times in quarantine while we’re washing up the pots. I checked in with Freddy and asked that he expand on the Zebra. 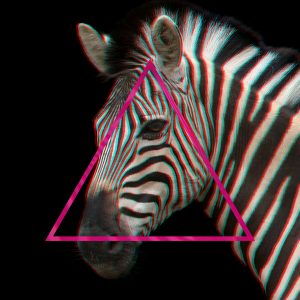 What inspired and conjured up Wowzebra?
It’s something I had the idea for since last year. l wanted to go back to my earlier influences of Detroit Techno and the beginnings of house music.

I heard this took you some time. How long did it take you to create this masterpiece?
Not sure if it’s a masterpiece but I did feel like this was easier to make than some of my more complicated endeavors. It took a while to make, not because it’s particularly complicated but rather my choice to build a new recording set up and learn it.

I know you are always using interesting instruments like sewing machines, while a nearby mannequin head looks on. Was there anything strange and unusual used to create what we hear on Wowzebra?
That’s the thing with this, it was going back to pure melody and less noise. The work l do with the sewing machines is definitely something to be experienced as a performance rather than listening to at home. Wowzebra had to be something for the club, and enjoyable in earphones or something to dance to while washing the pots. Don’t worry though, l will be back to sewing machines once the lockdown is over. 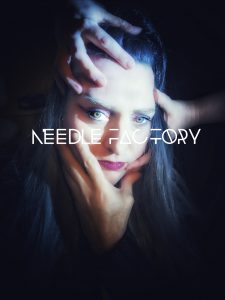 Can you tell us about the track “Asparagus” or is that up to our individual interpretations?
Asparagus came to me after watching an interview with Iggy Pop on YouTube. Iggy tells a story of meeting Florian Schneider of Kraftwerk in Dusseldorf where he chose to take Iggy shopping for asparagus. That’s where l got the sample. The story amuses me every time l hear it.

With the release of this album, we have been treated to your more feminine side again and get to see some delicious photos (along with that adorable Zebra). Are you channelling any specific mood or personality these days that accompanies your new music?
I’ve been thinking about my identity more recently. I’ve always considered myself somewhere on the trans spectrum but where l am on it fluctuates a lot. I’ve never been comfortable defining myself as anything in particular with pronouns etc. But yes, l did manage to take some decent photos of myself looking better than usual… so why not use them?

The Zebra was conjured up out of thin air, really. The name Wow Zerbra came out of a predictive text mistake while l was texting my partner and for some reason, it jumped out at me. It sounded like a magic word, almost like Abracadabra! or something. Its also a pet name for my Partner, Kathryn since then.

Stream and purchase Wowzebra at Bandcamp

Written By
Artist D
More from Artist D
Life is the stage. And “stage” could be defined as both of...
Read More