Some artists simply have the knack and talent for true lyrical prose that makes them stand out from the crowd.  Back in March we were happy to get an advanced peek at the now released debut full length album by the UK’s punk poet iTCH, entitled The Deep End. Amazed by his talent of merging true spoken word rap to a punk rock sound, we had to see what he was all about.  Luckily, we were able to catch up with iTCH before he heads out on tour to get down to the bottom of what makes him who he is. From his artistry, to his history, all the way down to some tidbits you can only expect Fourculture to ask. Ladies and gentlemen, this is iTCH. 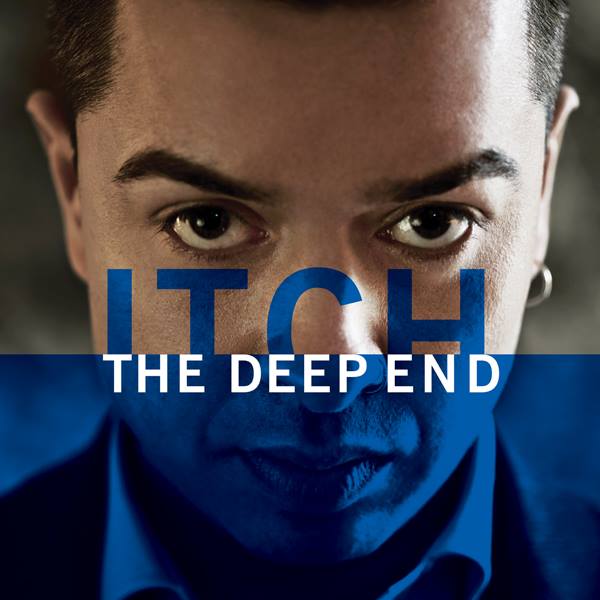 It seems that the name “punk poet” has come about because some of your stuff started out as poetry. When creating a song where do you start?

For this album, it was really a case of just writing a ton of lyrics and then figuring out musical concepts. Sometimes, the music would come first and then I’d just write to it during the day and we’d record it at night.

For the new album you’ve covered quite a span by working with an array of talented artists on featured vocals.  What qualities do you look for in an artist to add that special spark to your songs? Are there any collaborations that stand out for you?

First and foremost, it’s just being a fan and wanting to collaborate with people I’m into.  Sometimes, the song comes first and it’s figuring out who would work best for the song.

The main thing I learned from my time in the band was to always stick to my guns, never follow fashions, and really build it properly.  Being in that band gave me a good grounding. This feels like a second lease on life; I can take what I learned, the good and the bad, and do something better.

For those unfamiliar with your style, you take sort of a rock/rap edge which isn’t something that has been seen covered in the mainstream for a number of years. Where did you find the inspiration for your sound direction?

I wanted to mix the anger and energy of Punk and mix it with the story telling and political bite of Hip-Hop. My producer John Feldmann is from a Punk Rock background and understands my weird references.  So, together we just pieced together the music we wanted to hear.

If you were forced to choose a meal to consume every day for the remainder of your life, what would it be?

Lastly, the origins of iTCH — where did the name come from?

It’s a nickname I’ve had since I was a kid.  That’s all I’m telling you.

The Deep End is available via Banquet Records and iTunes