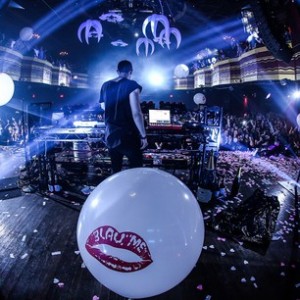 Justin Blau, known as 3LAU, continues on his trajectory into the EDM galaxy with the release of “We Came to Bang” featuring Luciana. The single is banging with some pretty sweet drops and a super catchy melody topped off with Luciana’s crazy good vocal. The video is an interesting one. It’s seemingly fight club for furries — a shark and a rabbit and I think a bull fight to the death surrounded by a gaggle of cheerleaders who wind up covered in blood. If it was crazy, creepy strange 3LAU was after, then well done! Regardless, the song is on point. Buy it on the iTunes, drape yourself in glowy things and dance.

Written By
Felicia Waters
More from Felicia Waters
Vuurwerk is an electronic trio from Brussels who have released a new single...
Read More