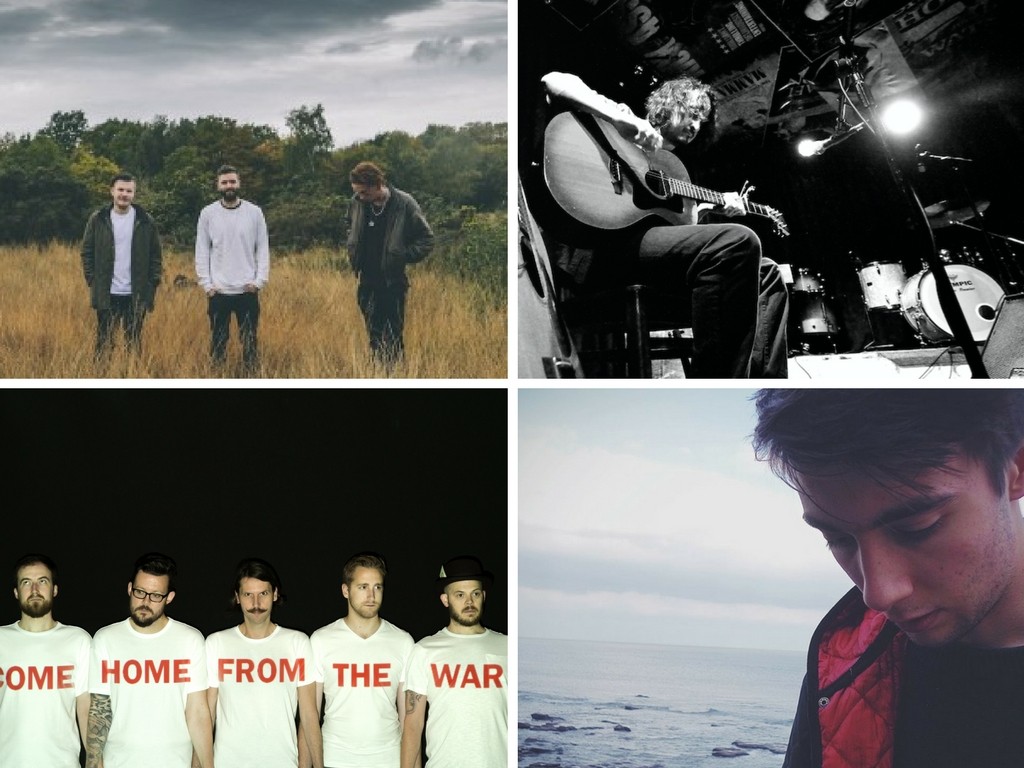 Four autumnal sounds to get your ears around.

We featured this London band earlier in the year when their cinematic single “Anacrusis” caught our attention.  They return with an equally atmospheric number here featuring the intimate vocals of Australian St South.

It’s both beautiful and tragic sounding, beginning gently before it kicks in with some well-placed minimal beats.  The female/male vocal combination is described by producer/frontman Sebastian Fox as ‘a dialogue between one person expressing their anxiety, and the other apologising for their part in causing it, and their inability to diminish it.”  Follow Mt Wolf on Facebook

Here’s a crazy, foot-tapping folky stomper from James Edge.  Demonstrating his skills as a composer, this is a sprawling, chaotic journey with harmonies and structure recalling some of Joanna Newsom’s better work.

Full of eccentric changes and feverish backing with jazz/punk elements threatening to burst forth it’s a compelling listen.  “Four Two Four” is released next week (23 September).  James Edge & The Mindstep on Facebook

Quiet Quiet Band – “In the Body”

In advance of their forthcoming EP, Come Home From the War (out November), five-piece alt-folkers Quiet Quiet Band have released the first track from it, “In the Body”

Urgently sprawling and delicate in equal measure, full of driven guitars and a shuffle and swing of percussion it recalls artists as diverse as Grizzly Bear and Bryan Ferry.  Quiet Quiet Band on Facebook

A perfect ending to this feature, Mat Hunsley leads us out with a song containing simply voice and guitar.  There’s enough reverb to add warmth and polish to potential sparseness but technicalities become insignificant as the song progresses. It’s all about his story-telling, and it’s nice to be reminded of the importance of lyrics and feeling in an age of hooks and production.

“Dropping” is out now and an EP will be released later in the year.  Mat Hunsley on Facebook