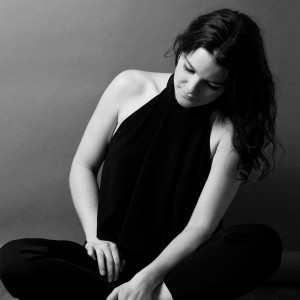 British singer-songwriter SHELLS released a stunning new alt-R&B single, “Jagwar” yesterday. It is an atmospheric track about growing stronger by letting go of what you love and is the follow-up to “Gold,” her debut single released in May.

“Jagwar” is track that at first seems to be a bluesy synth-pop piece. But as it builds, “Jagwar” reveals a layered production with strong percussion and an unexpected flourish of strings topped off with a sophisticated world-music flavor. But in the end it is SHELLS voice, coolly weaving amidst the layers that is the star of this stand-out track. Her clear cool vocals move smoothly through the synths and strings in a sinuous R&B dance that will have you tapping your foot as she croons, “Wasn’t born just to please you. If you love it let it go.” It’s the perfect song to play at the end of the day while sitting in a darkened room, headphones on, and wine in hand.

Both “Gold” and “Jagwar” have been creating an international buzz among music fans, and SHELLS first EP, set to drop in November, should be a highly anticipated release. SHELLS played shows around Europe in the Spring and has recently been appearing at some well-known summer Festivals. Having already played Norway’s Piknik i Parken (PiP) Festival, the First Edition of the Unexpected Festival, Rock En Seine, in Paris, and Bushstock in London, she is playing at this year’s Lowlands Festival in August. SHELLS is also headlining at The Forge in London on September 14, 2016. For more information, you can follow her at the social network links below.