The Berlin-based indie singer/songwriter Lukas Creswell-Rost has released his latest album Go Dream, a tight, eclectic collection of moody tracks. It is a polished, contemplative, and at times melancholic look at the excess and subterfuge of the modern-day music industry. 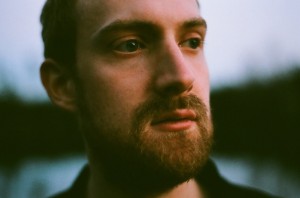 A reflection on ambition, fame, success and failure, Go Dream reveals the disenchantment and cynicism that can await those who seek fame and fortune in the vagaries of the music industry, as well as the selfish arrogance of those who find it.  And the album does so in surprising ways – using pop sounds in sparse, yet restless arrangements that are offset by big and unexpected bursts of sound. In fact, the album is full of shifting moods, catchy melodies, and lyrics laced with a dark brand of humor. It is an album deserving a listen from music fans of every stripe.

The first track, “Foreign Movies” perfectly sets the mood for the rest of the album – from the opening sounds of the sea to the laid-back, chill vibe of the melody.  It is a vibe that works to blunt the cold, hard message contained within the lyrics: “You don’t stand a chance in hell… You’ve seen too many foreign movies.”  The two tracks that allude to an air-rage incident involving the neo-classical heavy metal guitarist, Yngwie Malmsteen explore the arrogance, selfishness, and ego of those seduced by money and fame, but do so in decidedly different ways.  “Ten Dollar Cocktails” asks, “You’ve been gone for so long. Where have you been? Waiting for a comeback chance that you won’t see.”  But rather than soften the message in quiet, the track swells with awesome and otherworldly synth sounds as a man’s voice is heard yelling, “You’ve released the f***ing fury. You’ve released the f***ing fury, ” over a shredding electric guitar.  (It’s the actual audio footage of Malmsteen threatening to kill a fellow passenger during a flight.)  On the other hand, “Patient Pilot” is a sparse track that quietly asks, “So, where’s my pension plan? Where’s my massive house?”

One of my personal favorite tracks is “Week Of Warmth” which tells the tale of ‘70s power-pop band Badfinger from the perspective of their thieving manager.  The track sets lyrics full of dark humor and clever, intelligent imagery to a catchy melody and wailing saxophone as it reveals the treachery and subterfuge behind the “success” of the band that ultimately led to 2 band members’ suicides.  The track builds from an acoustic guitar opening to the lush sax and pop climax, before settling into a quiet comedown – a perfect trajectory for this sad and sordid tale.

Other tracks of note include the tender vocals and sweet flute sounds of “Time Waster”; the full and relatively upbeat, “Summer of George,” that cleverly alludes to a Seinfeld episode by the same name; the acoustic guitar, atmospheric vocals, and notable drumming on “Smallest Thing”; and the almost eight minute title track, “Go Dream” that gives a personal look into Creswell-Rost’s own unfortunate experiences as a sideman to an ‘80’s pop-starlet.

Lukas Creswell-Rost knows his subject matter.  As a founding member of alternative/progressive band The Pattern Theory (presently on hiatus), his music has enjoyed worldwide radio play and he has toured extensively in the UK and Europe.  And when asked about the themes of this album he said, “It slowly dawned on me that people are weird. Some of them are totally arrogant and selfish and driven by things that repel me. And in that kind of misanthropic mindset I found a lot to write about.”  Indeed, Go Dream is a highly polished and very intelligent album that is worth a listen, no matter your musical tastes.