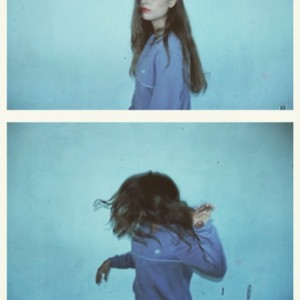 ‘What would Nick Drake do?’

I love music that asks questions but it is this specific question that is the key vocal hook in the debut release from MIYNT, a new artist from Stockholm, Sweden.

The song itself is flung at you over a backdrop of deadly keys and heavy drums up-front. MIYNT’s layered vocals range from soft to distorted and there’s an almost-lazily cool spoken chorus thrown in.  It’s fresh unusual pop full of surprises and attitude along the lines of Sky Ferreira.

It isn’t immediately clear what link Nick Drake has with the song, its eccentric electronic pop being far removed from his soft acoustic musings of 45 years ago.  The teasing lyrics, often inaudible due to several overlapping parts and effects, offer few clues, being full of riddle and allusion.  Like all good intrigues they create more questions when you think you have found the answers.

When we are over-saturated with information on musical acts this intrigue is a nice reminder that there can still be that excitement of discovery.  We don’t always want it handed to us on a plate.   Less is more and like all good Art leads to different interpretation.

There is a hint that MIYNT is not willing to be discovered.  Her blurred image and limited online presence coupled with lines like ‘catch me if you can’ and ‘the one that got away’ suggests that she indeed does not ‘care about the radio’ (another repeated line).

In a world without YouTube, Nick Drake probably did care about the radio as his original lack of success led to a lack of confidence in his ability and fuelled his depression.  Would he thrive in the modern age in all its exposure or would he still hold something back, remaining an enigma?

What would Nick Drake do?

Written By
Paul Davies
More from Paul Davies
The 1980s revival has now lasted longer than the actual decade and...
Read More